This was a nice hour and a half story in the cornfields with a chauvanist and murderous father and his highly impressionable teenage son. It has the signature Americana and horror of Stephen King in the way we are more or less used to. 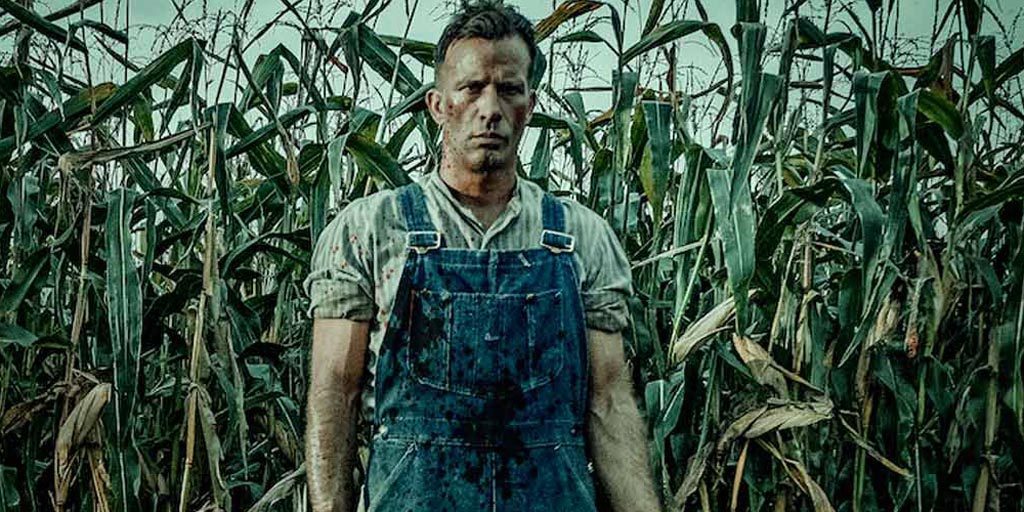 The film starts with a beleaguered looking father/farmer sitting at an antique century desk writing a “letter of confession.” That’s a great intro because we know right away something bad probably went down. We don’t know how bad or minor it was and you get that as the film progresses. Thomas Jane plays the farmer and I think he did an excellent job in this role. I joked with my wife a couple times about how he looked so much like Tom Hardy. That’s a compliment because he’s a great actor. He brings a lot of presence to the role and it’s enjoyable to watch as he descends into his own brand of madness.

His son is in love. The farmer uses this get him to do the unimaginable. The mother is played by an amazing actress, Molly Parker from Deadwood and The Road with Viggo Mortenson. Her part in this is well played even though it is indeed tragic.

I almost fully recommend this film. Netflix does it again! My only criticism would be they save the horror until the very end. I would have like to have seen it woven more throughout. It could have served a dual purpose in explaining to us the plot more as well.