My score: 10/10. Depeche Mode sang, “Enjoy the silence.” But I really don’t think anyone in this film is enjoying it. We are programmed to yell out when hurt, scared, or shocked. What would you do if that spelled your demise? This is the question I kept asking in in “A Quiet Place.” Listen to my 7 min review at the player below: 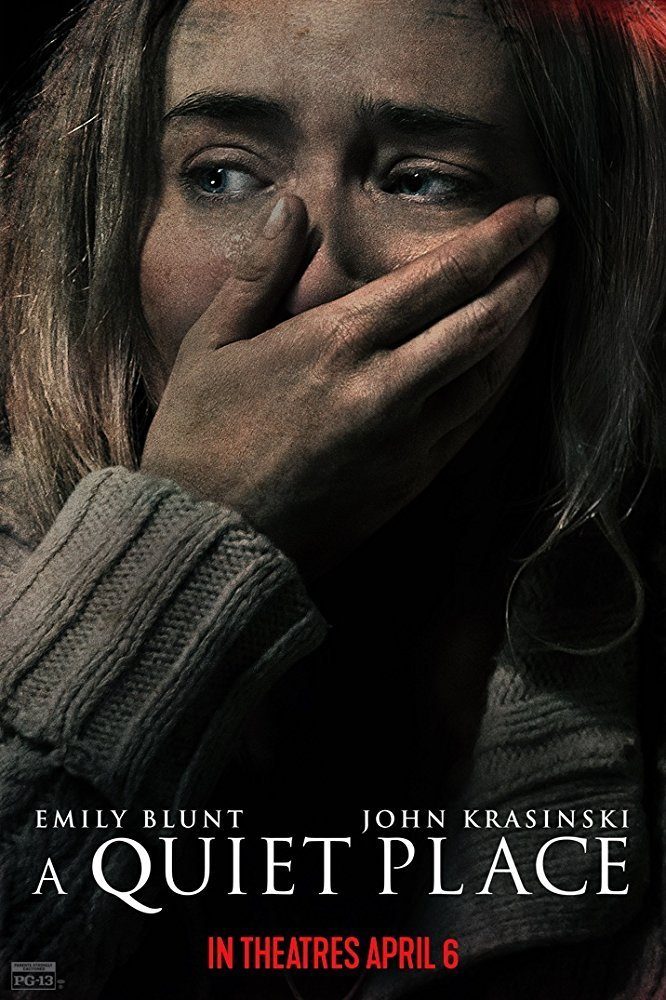 John Krasinski is our director and a great one indeed. This is a film of 90 minutes that I literally wanted to be a lot longer. Trust me, my patience for long movies is characteristically low. In this case, it was done so well, I wanted to know what the characters did after the first credits appeared. That doesn’t mean I am asking for a sequel by the way, far be that from me. The central premise of being hunted by sound is powerful and it works so well. After that, the foreshadowing and character development worked together to make this film amazing. Tip of the hat to Krasinkski, who also plays the dad/husband of this family. I am utterly impressed with his work here.

A lot of times these days in films, directors use the rule of less is more when it comes to their monsters. They only show parts of the monster ad then the audience uses their far more powerful imagination. We are given the “full creature” in many scenes and this really makes the film work. We have an idea what it can do and maybe how it can be destroyed. Needless to say I am very impressed also with the CGI of this film. This is mostly because it serves the story.

I kept thinking in this film I was in “Signs.” It was like the same barbecue with different meat. Signs is more of a metaphysical/religious film whereas this one is just suspense all the way. The ending of both are birds of a feather and both films have amazing writing that makes the film worthy.

The acting is equally astounding. Metacritic has given this film an 85 and I must say I disagree. This film should be closer to 100. Millicent Simmonds (Wonderstruck) steals the show. All cast members deserve awards but her work as the deaf loving daughter broke my heart and I am sure everyone else’s in the theater as well. She was amazing and I await great things from her in the future.

Emily Blunt pays the mother with so much to lose if the creatures hear her. You feel her tedium. Noah Jupe is the brave young brother who knows what to do in the cse of a creature attack. This is labeled horror but it’s a lot about family and sacrifice. It’s suspense above all and though it starts a bit slow, patient audiences will be rewarded. In case you couldn’t tell, I recommend this film and give it a 10/10.