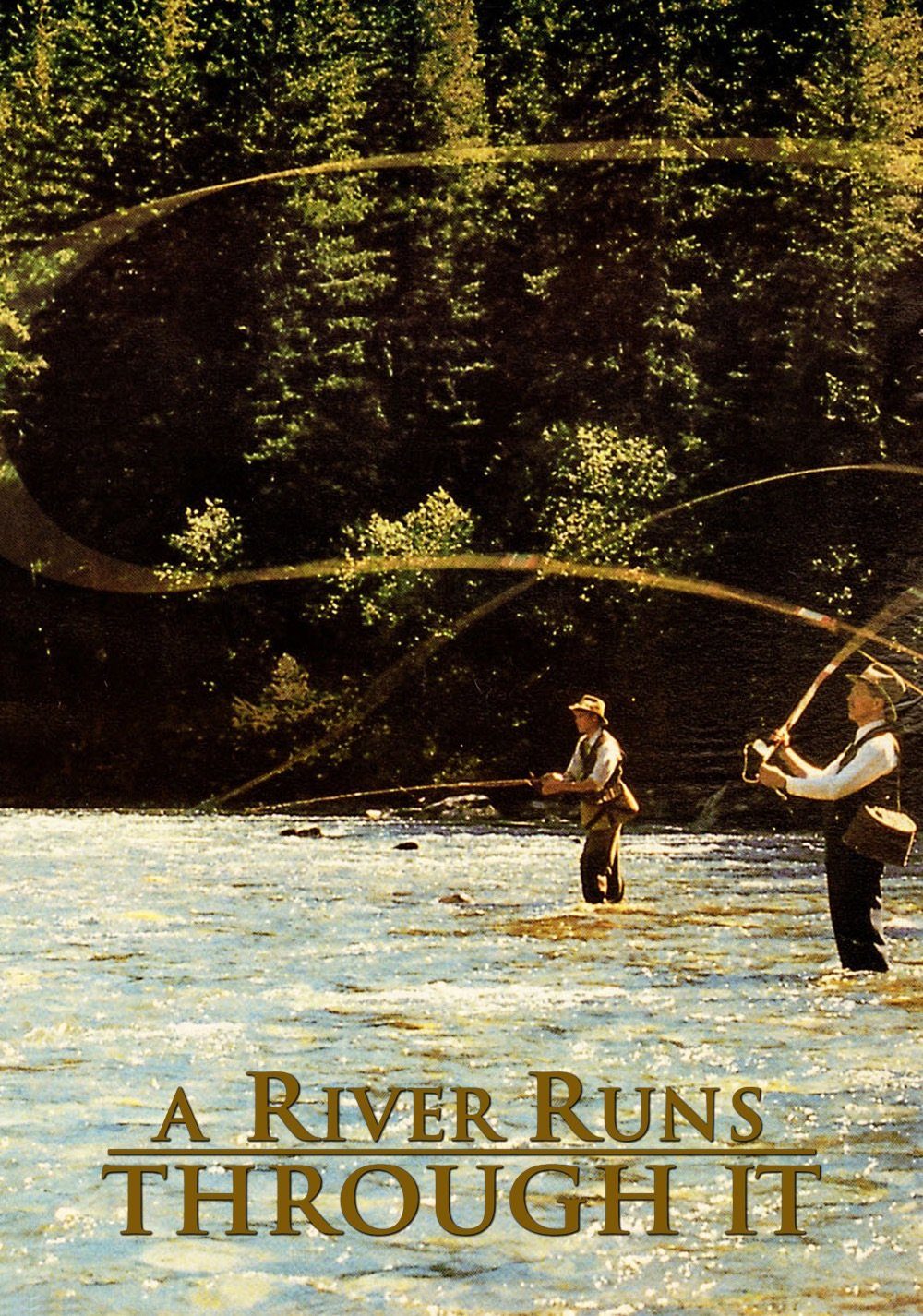 Title: A River Runs Through it
Genre: Drama, Autobiographical
MPAA Rating: PG
Year: 1992
Director: Robert Redford
Top Billed Cast: Craig Sheffer, Brad Pitt, Tom Skerritt
Brief Synopsis: Two brothers grow up taught by their father, a Presbyterian minister. The setting is Montana where fly fishing is just as important as religion. The boys launch adult lives and the film follows them.
My Word to the Wise: When a loved one gets into trouble a little too often, “we can still love completely without complete understanding.” This is just one life lesson we learn from this truly remarkable film. It’s based on the autobiography of college professor/writer/poet Norman MacLean.

Norman and Paul MacLean steal a boat in high school. They nearly kill themselves in the white water. If you were a young man or have known a young man, you know stunts like this often happen on the way to adulthood. Two brothers, sons of the town preacher, two directions. Craig Sheffer, Brad Pitt, and Tom Skerritt are excellent actors who are used by director Robert Redford to paint the canvas of Norman’s life. We learn that fly fishing is more poetry than an aisle a sporting goods store. We learn that writing and applying to college is a rite of passage that can open ones eyes as much as knock one to the ground.

This is not an open-ended movie, things happen and stop and consequences come both bad and good. It’s a film about the spirit of these two young men and what makes them great individuals, despite tragedy. This film is an emotional journey and you don’t just see Montana, you are transported there. For many years now I have called this my favorite movie. It is full of cinematic Americana and collected stories of a gifted author’s life growing up in Missoula, Montana.

2 Replies to “A River Runs Through it”