The comedy was refreshing, quick, and in respect to the book. One reviewer said it was like Grumpy old Men. 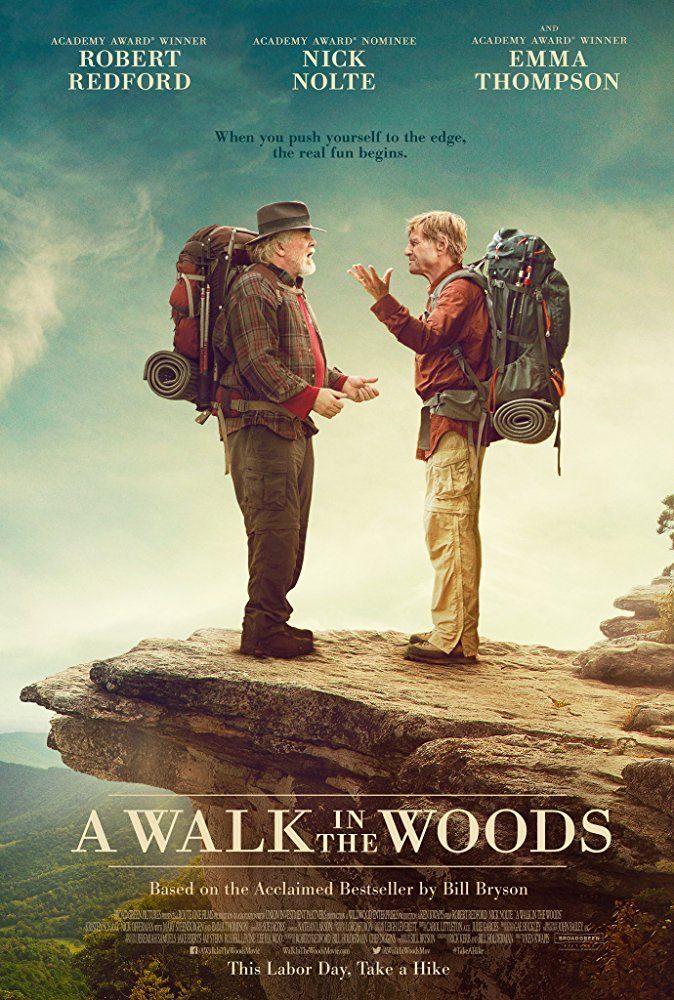 After spending two decades in England, Bill Bryson returns to the U.S., where he decides the best way to connect with his homeland is to hike the Appalachian Trail with one of his oldest friends.
Director: Ken Kwapis
Writers: Michael Arndt (screenplay) (as Rick Kerb), Bill Holderman (screenplay) | 1 more credit »
Stars: Robert Redford, Nick Nolte, Emma Thompson

I’m glad I waited a day to review this. When I saw it, my sides hurt from laughing and I loved it. Now, I loved it even more. The comedy was refreshing, quick, and in respect to the book. One reviewer said it was like Grumpy old Men. And that’s a bad thing? It worked on so many levels. After reading some bad reviews, I decided I still wanted to see it because I greatly admire Robert Redford as well as the novels author Bill Bryson. It didn’t matter to me that Bryson was 40 in the novel and Redford was 78. The humor and angst against society is the same.

The bestselling book is written as a diary of Bill Bryson hiking the Appalachian Trail with his friend from his younger days, Katz who is played by Nick Nolte. Katz is an alcoholic who seems like he took too many doses of LSD in the 60’s. He’s also hilarious as he tells profane stories of how he used to “chase pussy.” His character is a riot in the book as well as the movie and the critics who say otherwise need to chase more … Well, you hear my point. I won’t get into the plot because truly, there is none. Only daily diary snippets set to some amazing nature cinematography. You really do experience the trail. What you learn is that sometimes you have to go away to really come home. It makes me want to get on the phone and do something with my lifelong friend Eric. It has the message of contacting friends and doing what you can even when the whole thing isn’t comfortable. Putting friends first will lead you home. Thanks Mr. Redford and Bryson for an excellent book and film. 9/10 stars from me. The critics are wrong about this gem.