The music of the Beatles is incredible. You tap your foot to it, some people think of it as the best music in the world. What’s more, they hold this view even though the band has been broken up since 1969. This film is visually stunning and equally incredible in its presentation of Beatles songs with a modern take. 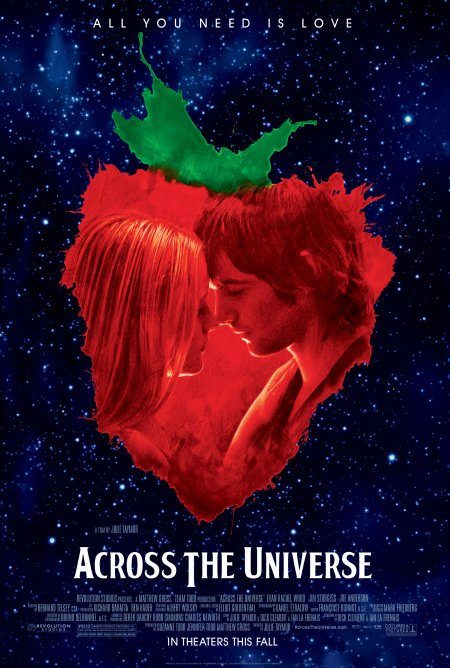 Julie Taymor is the director. You may know her directing efforts from films like Frida, the biographical film about the mysterious Mexican painter Frida Kahlo. The female lead, Evan Rachel Wood, has been in several successful films which include: The Wrestler and The Ides of March. The male lead, Jim Sturgess also has some big films under his belt with Cloud Atlas and The Best Offer. These two lead us through the music in the film well. It’s like a 2 hour and 13 minute music video. Each song is stitched together in a cohesive story that really works.

Themes of Vietnam and young love are addressed through the music. There isn’t one boring scene. If you love the music of the Beatles this film is for you. If you don’t know their music, this would be a great way to get introduced! It is rather long for movie like this and there are some songs that are interpreted less for the music and more for the dark elements of war. This film isn’t for everyone so that’s why I give it