Across the Universe is an outstanding musical that re-interprets a set of Beatles songs in a super fun way. In this episode of my podcast, I talk about this exciting and visionary film. 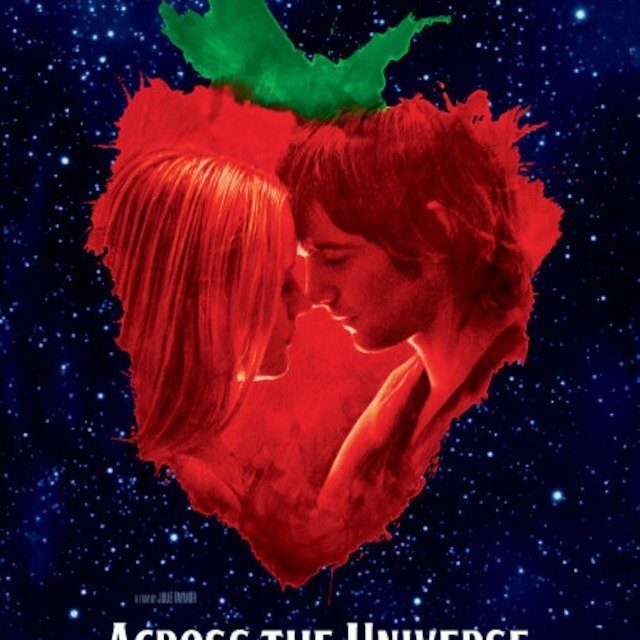 This is a film telling of many Beatles songs woven into an entrancing film that will leave you breathless yet singing. (Is that possible? Maybe)
Julie Taymor, director, does an outstanding job here and it’s no wonder since her accolades include directing “The Lion King” on Broadway. It was wise of the film financiers to pick a person so versed in dance and music because this is a flm that includes all of it. The charater Lucy is played by Evan Rachel Wood. She moves from the midwest of America to New York. Jude is played by Jim Sturgess. He’s a welder that can’t seem to get a break. As an actor, he can really sing and I bought his scenes hook line and sinker.
Visuals and live-stage timing make this film a beautiful colorful musical trip. I enjoyed every minute of it. One neat aspect was the way some songs are interpreted in new ways for us. An upbeat song on the album might be presented as slow, somber, and thoughtful. The Vietnam war figures into it masterfully, even when the images and subject matter are definitely “not for kids.”
Bono of U2 fame plays the walrus and I have to say, being a staunch defender of Walruses in cinema, I approved heartily. If anyone can make that song work in a film, it’s Bono.
Recently I saw a professional cover band of the Beatles and I was entranced. You really can’t miss when their music is involved. If you like Beatles songs, or are interested in the music of the Beatles and they are new to you, this love story/drama is a great way to enjoy “the lads.” And remember the message, “All You Need is Love!” I recommend Across the Universe in the musical film genre as:
10/10