This is a fun handheld camera horror film. It’s a horror and actually a vampire themed one at that. The title and posters misled me. I thought it was a body horror/gore film. While there are elements of that, the vampire concept emerges soon and envelops the film throughout. It is a different way of looking at vampirism for sure. 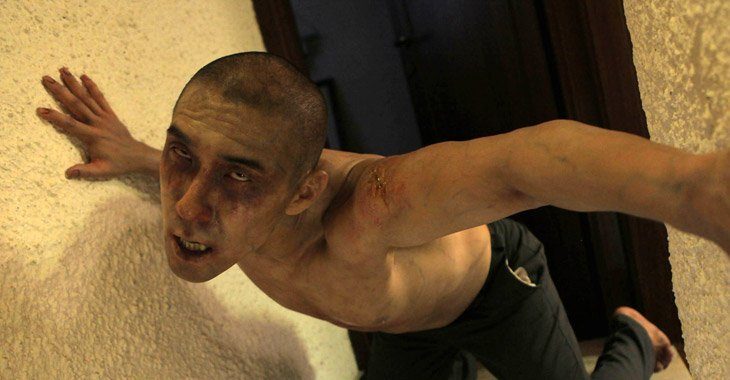 There are times in this films when it resembles a game screen. It’s a low budget film and the directors make the most of the location they are shooting in. I applaud the stuf they found to film. The bedrooms look like set pieces from architectural digest. They’ve performed quite a feat here and it works well.