Almost Famous is now streaming on Amazon Prime. There’s a scene at the beginning of this film where the macro lens fixes on a turntable as the needle lowers on the Who’s “Tommy.” It’s so f***ing cool I want to eat pralines and cream ice cream every time I watch it. That just happens to be my favorite flavor, please imagine yours and you’ll probably get what I mean. This film is a breed apart. I can’t criticize much about it. It’s one of the great ones in my collection, what else can I say? 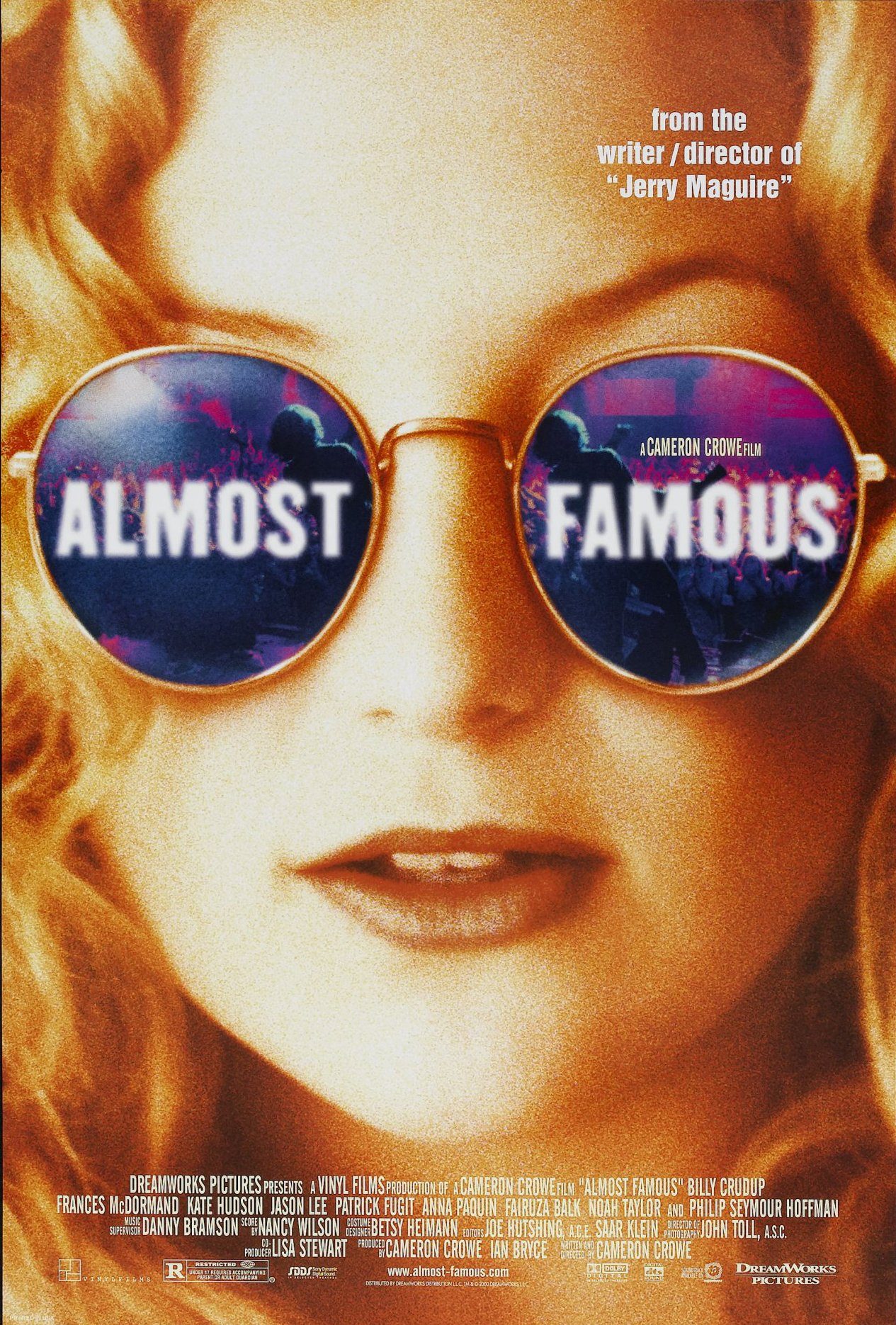 “A high-school boy is given the chance to write a story for Rolling Stone Magazine about an up-and-coming rock band as he accompanies them on their concert tour.” -IMDB

Director Cameron Crowe was born in 1957 and went to school in San Diego, California, USA. In the opening sequence you see the young writer William Miller (Patrick Fugit) with his mother (Frances McDormand) in 1969 walking down the streets of San Diego. That little writer is Crowe! At least, that’s what I suspect. Crowe has done so many amazing films, I’ll always see another pinnacle as the indubitable Jerry Macguire. Almost Famous is my favorite work of his to date.

Actor Patrick Fugit does a phenomenal job as an underage kid and writing prodigy basically sneaking on tour in the 70’s with a rock band, Stillwater. It’s a coming of age story about rock and roll and love on tour with a band. How f***ing cool is that? It makes me wonder what it would have been like to go on tour with REM in the 80’s. I’m 12 years younger than Crowe so my musical influences are from a bit later. That reminds me, the late Philip Seymour Hoffman plays a thirty something music critic and his lines are the stuff of pure genius. He contends rock is dead.

The story continues to introduce Kate Hudson as a 16 year old roadie who William takes up with and falls in love. H elearns so much about rock and love from her. She is one of the best actors in the film. There is an older brother type rock hero role played by Billy Crudup. Mostly we find out the decadent stupidity of fame from what he does and says but it’s well played of course. In the end lessons are learned, hearts are broken, stomachs are pumped, and rock marches on.

My favorite scene is when the band and their entourage almost crash in their plane and the things they say thinking they are about to die are side-splitting as well as revealing.

FINAL THOUGHTS
I can’t think of a film like this because it is so thick with music and amazing actors. You really do go on tour with Stillwater. You experience it all. It’s like Pink Floyd’s the wall but with a professional dramatic screenplay of which you can discern the dialogue. I will always worship this film because it’s what I stand for: rock and roll and writing. Oh, one issue I have: too many Elton John songs: they don’t fit. One would be ok but not 4.