American Mary (2013) was body horror unveiled but wasn’t as horror as I’d hoped. Unlike another one, The Human Centipede, American Mary plays down the visible gore and cranks up the revenge motive. There’s a lot going on here including a brief trip into the body modification community. Some may find it tries to be too much. Nonetheless, when looked at as such, it works as a simple horror film that fans of the genre will likely enjoy. 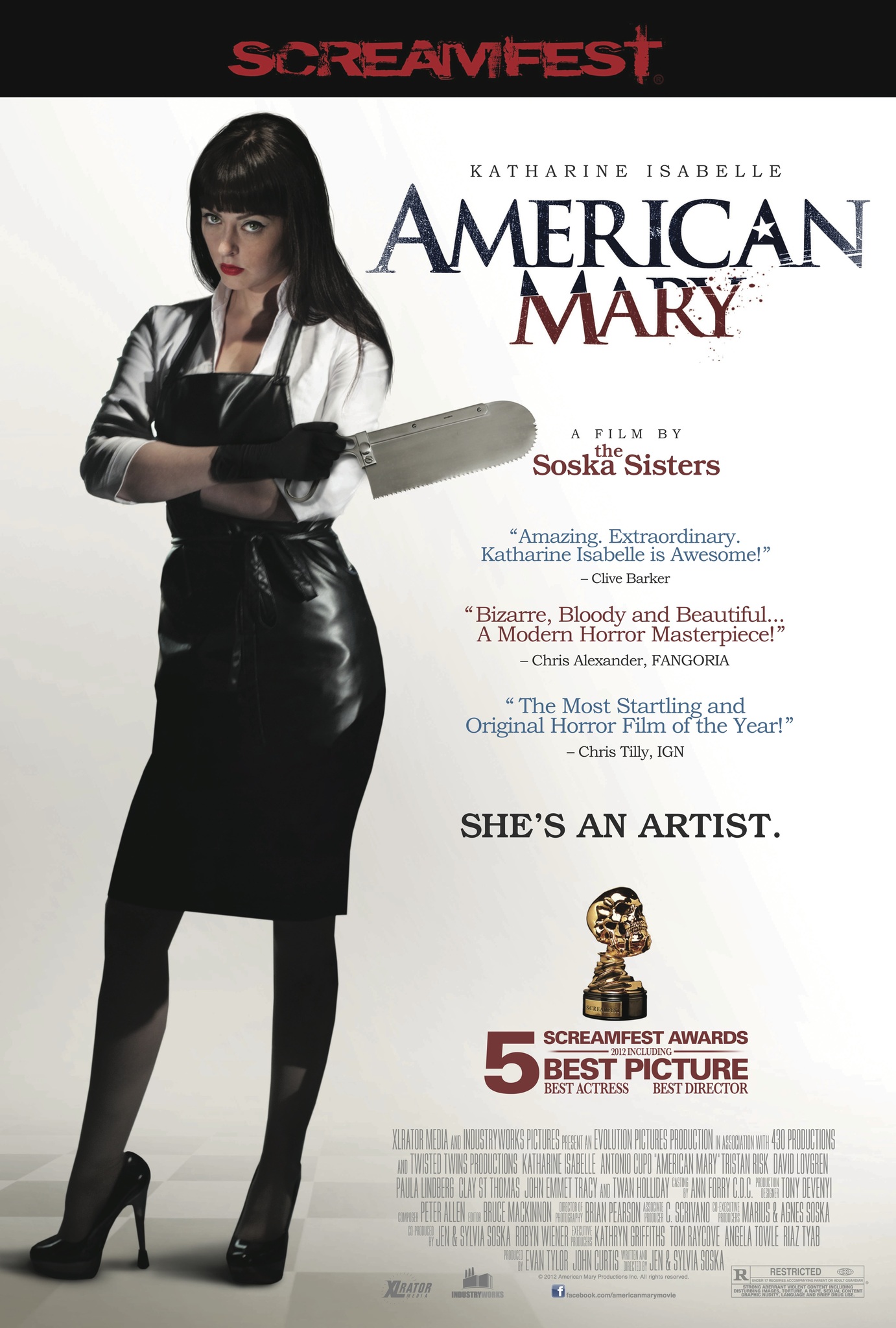 “The allure of easy money sends Mary Mason, a medical student, into the world of underground surgeries which ends up leaving more marks on her than her so called “freakish” clients.” -IMDB

Jen Soska and Sylvia Soska are the directors. They are also identical twins. These two have come out blasting their own breed of horror and shock entertainment. I will be watching for what they come up with in the future. Incidentally, they play twins in the film who have their forearms amputated and switched with the other twin. Odd indeed. Other surgeries featured are a live Betty Boop and Barbie doll.

Mary is played by Katharine Isabelle, well known for the horror trilogy starting with Ginger Snaps. She plays the role way understated but it works since we have no idea what her character might be thinking or feeling in this extraordinary plot.

FINAL THOUGHTS
This film seems to be made for Netflix or another cable provider. It stops just short of commanding a theater presence. Perhaps the directors need more time to develop their “chops” (no pun intended). Still, I think it’s just as good as the Human Centipede and almost as great as Tusk, these two being films in the body horror genre. It’s a great revenge flick and I recommend it to those out there who are into films like these. And finally, to repeat, I will be watching the Soska Sisters’ future directing projects.