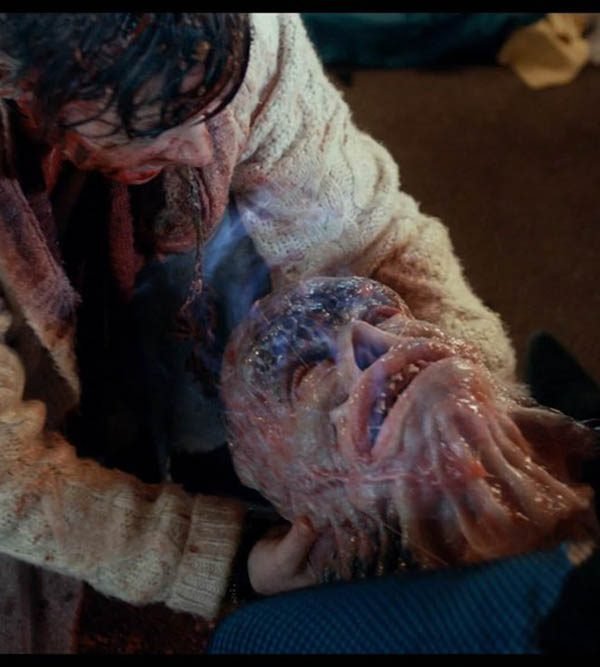 Director Danny Perez has only done this one film. He’s dabbled in a couple other small scale releases. It gives me the impression he is into horror that gets out there into the weird tag. I think directors like this are important! Some social and personal messages are better delivered through “the weird” and this film definitely fits in that category.

It starts with a woman who will take any drug she can find. She’s a pretty young thing, who is also a “tweaker.” Lovely thought right? Natasha Lyonne does a great job with the role, blending the macabre and profane with the plight of your average partier. The gory stuff is there too as she begins to see she is pregnant. She doesn’t know who the father is but it isn’t human, we certainly can surmise later. From there, the story falls to the wayside and it becomes a birthing blood, flesh, and gore fest. Is that anything like birth? Maybe. After all, it’s the entry of new life like Frankenstein right? The visuals are gloriously disgusting. She gives birth to many things including the head in the photo that gets pulled away from the cord connecting it to a full grown body.

This one is one of the more odd ones I’ve seen. I do want to watch it again for any deep meaning I missed. I have a feeling it’s there. My main complaint is that it took too long for the gore to come.