A smartly made drama biopic about a father and son who face the son’s addiction. David Sheff wrote a memoir in 2008 of the same name. Nick Sheff wrote his too called “Tweak.” I was skeptical about this film at first. Luckily my daughter asked me to take her and it is now one of my favorite films of 2018.

Our director here is Felix van Groeningen, from Belgium. I haven’t seen any of his films besides this one however I have since put The Broken Circle Breakdown on my watchlist. Here’s the description: 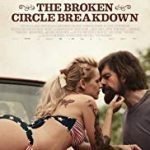 Elise and Didier fall in love at first sight, in spite of their differences. He talks, she listens. He’s a romantic atheist, she’s a religious realist. When their daughter becomes seriously ill, their love is put on trial. IMDB

But back to Beautiful Boy: It almost seems more of a dry documentary than a film at first. It jumps around in time but not so much that it is confusing. The director paints a picture of a father and son relationship and how it burns due to the son’s addiction. He has the most problem with crystal meth but they say he has tried just about everything.

It’s about the father’s journey to understand addiction and the son’s journey to just be clean. That may not sound warm and touching but it really is. The director does a great job of showing how after a time we as parents are enablers if we continue to support our addict children.

The film is a true story based on the memoirs of the father and the son. I don’t think a film has ever been made that way before. It includes some of the best acting I’ve seen in a long time, certainly this year. I’m sad it is in limited release. This film would reach so may people in a wide one. 10/10.