You might argue that Rod Serling had a negative view of the future when he wrote his Twilight Zone episodes. Many of them are fatalistic. This film is along those lines. When you have a negative view of authority and even the corporations you work for, it makes sense they might want you dead in the name of an experiment. I think these are the times we live in: sardonic, negative, fearful. This film certainly echoes that. 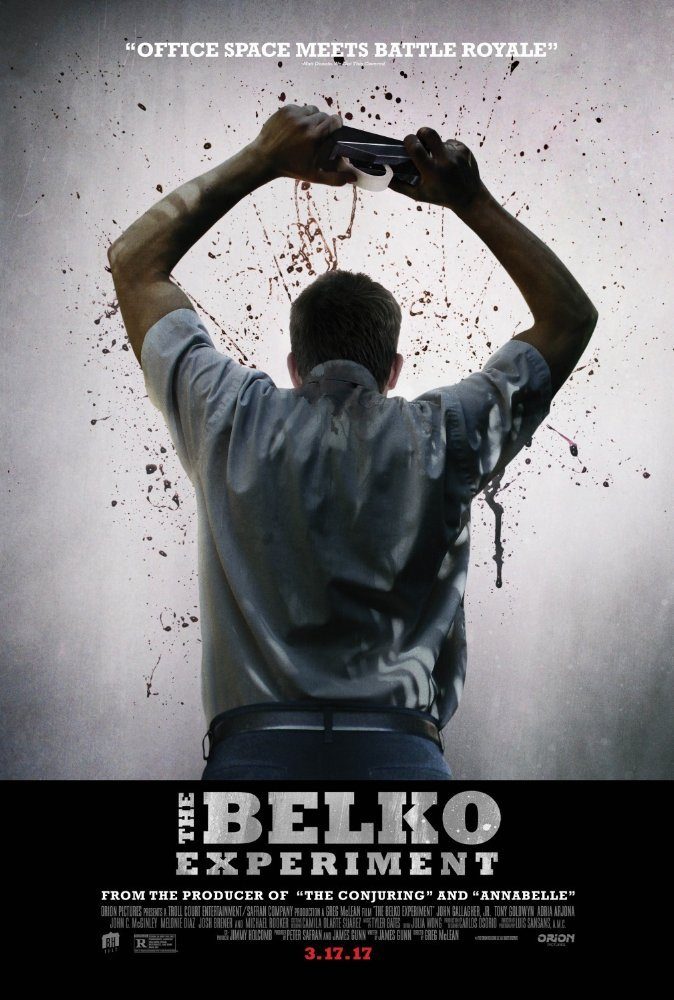 In a twisted social experiment, 80 Americans are locked in their high-rise corporate office in Bogotá, Colombia and ordered by an unknown voice coming from the company’s intercom system to participate in a deadly game of kill or be killed.

This film looks a lot like The Purge. You have the established workplace forcing people to kill each other. I wonder why this experiment is important to the corporation and what do they hope to learn from it. The film didn’t do very well with critics, this nonsensical “experiment” may have had something to do with it. Like I sometimes do, I saw it all as a social commentary in the form of metaphor.

When employees are let go, they are in essence killed. By that I mean, they cease to exist in the workplace. The victims in this film are bloodied and certainly they would wish they’d have been fired instead. There are a series of killing rounds and a short time where the viewer can divine a meaning from it all. For me the message were nothing new: corporations see us all as expendable and people are evil when they have to kill to survive.

Final Thoughts
If you liked The Purge, you’ll like this. It’s more a thriller than horror, though it is labeling itself horror. There are buckets of blood if you like that sort of film. I recommend it as a bloody thriller that it more or less mindless. You can read stuff in like I did but it’s a very banal film, what you see is what you get. Of course, if you see deeper, leave me a comment and we’ll discuss it!