I tolerated this movie at first because it was only partially handheld footage. Normally, I don’t like that style. I was next rewarded in a super fun and disgusting horror film that went from catty bachelorette party dialog to gollum’s nest in an apartment that becomes an amphibious breeding ground. Again, it did take a while but it got there. Streaming free for Amazon Prime members. 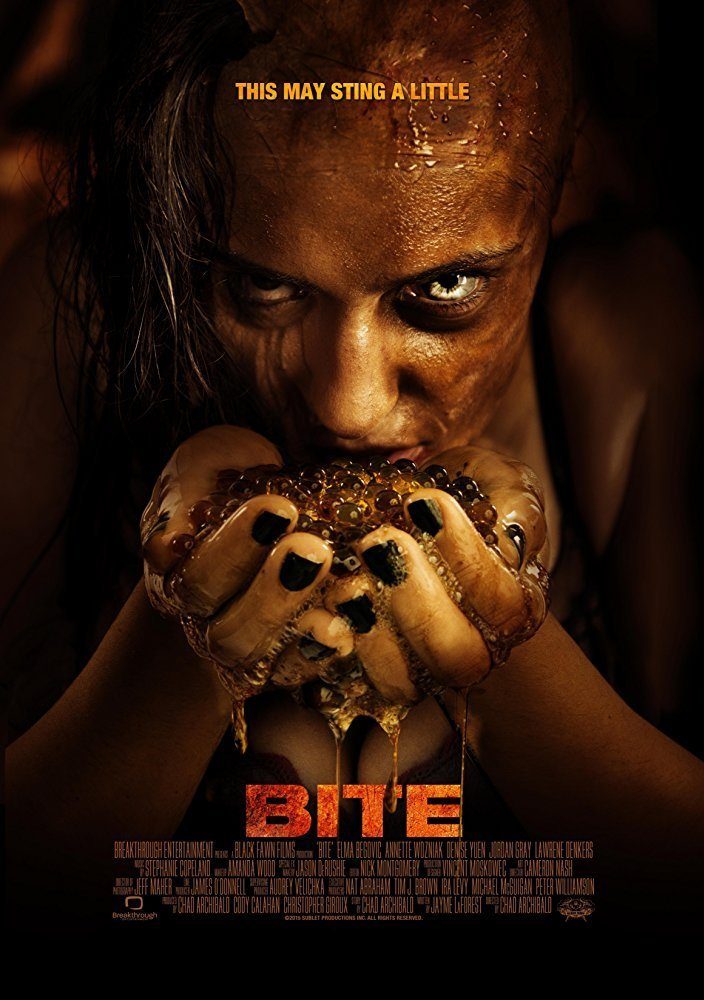 While on her bachelorette party getaway, Casey, the bride to be, gets a seemingly harmless bite from an unknown insect. After the trip, Casey discovers that everything can change with a single bite.
Director: Chad Archibald
Writers: Chad Archibald (story by), Jayme Laforest
Stars: Elma Begovic, Annette Wozniak, Denise Yuen

Chad Archibald, our director, is the owner of a production company and has released a handful of horror films I haven’t heard of. I would like to take a look at the one he did after “Bite” called “The Heretics.” He seems god at doing less with more and a whole lot with a bucket of slime!

A girl who isn’t ready for marriage and who hates her evil mother-in-law gets infected on a bachelorette party with a very odd bite. That’s the only necessary real world info. After that it is a slime, frog, guts, blood, greem, egg fest so fasten your seat belts. It took too long to kick in so it lost a few points from me. It was a very cool and fun gory horror film. 7/10