Pretty good, not bad, skip the spaghetti and meatballs because we got IRISH mob kills this time. So what shall we eat? Corned beef and cabbage with green beer? Sure why the hell not. Johnny Depp plays another Johnny. He’s a killer. This one’s a true story too. (I love those) 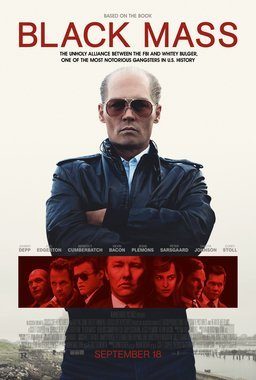 Scott Cooper is the director. He did ‘Out of the Furnace’ starring Christian Bale and I have to tell you I loved that movie. He apparently picks the stories from the city streets. This one is really gritty like Furnace. The characters are grounded and they cuss as well as they handle guns in execution style mob killings. This is not a study in what happened, it’s more a display of what this whacked out killer did when he was alive. Some of the stuff goes way beyond cold hearted. It’s a good mob film, it has an amazing cast as well. It was a little slow in telling thhe story I thought but I got beyond it. I give it an 8.5/10.