Some historical fiction films keep your interest based on the cast, writing, and vision of the director. Then there are the actual “based on true story” films. They need less of that magic because their factual connection is so huge for an audience. I can’t remember a “based on a true story” film that didn’t do well. I guess when you consider that, this film has a lot going for it before you even start analyzing it. 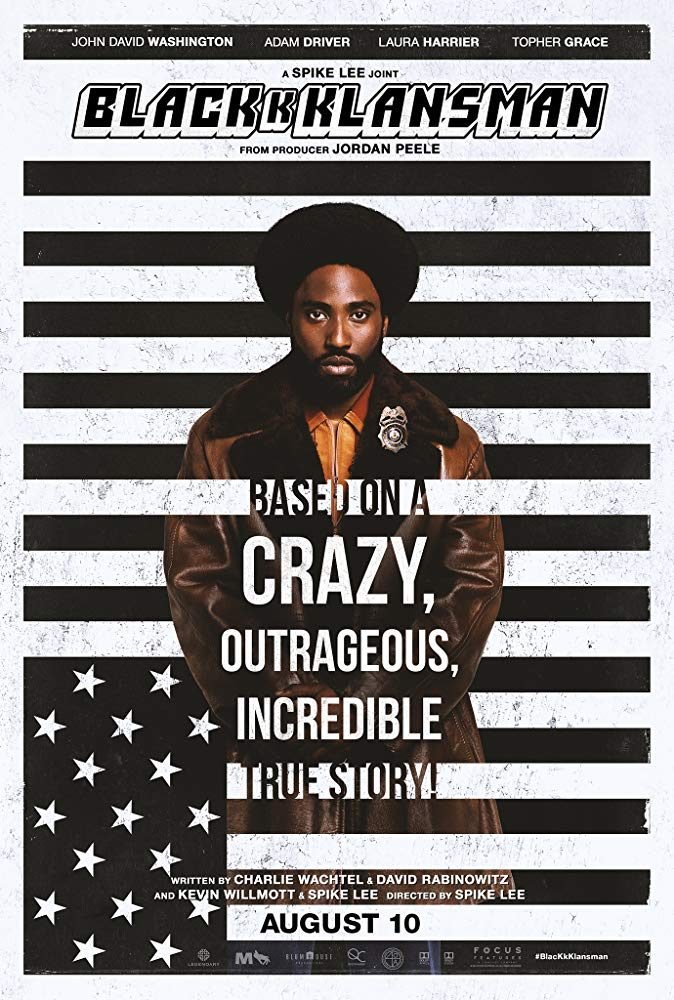 Now that we’ve established the strength of “based on true story” films, let’s real quick look at the power of a great director: Spike Lee. Just after high school, I watched his masterpiece on racial tensions in the big city: “Do the Right Thing.” With all the recent films coming out on these tensions, “The First Purge,” “Detroit,” “Get Out,” I still find Spike Lee’s “Do the Right THing” to be the most astute and wise of all. Spike Lee is the director here but I don’t feel that influence as strongly as some of his previous films.

The previews are a good indicator of this movie’s pace. They look really slow and in truth, the film is just as slow as the preview. It has its moments but the humor is understated and it takes a long time for the plot to advance. Ultimately, the based on a true story “story” is what kept this one afloat for me. But even that after a while sort of went dull. Adam Driver has very little comic script to work with. It gives no history of the Klan which will leave younger viewers a bit confused I fear.

I think at this day in age when some blacks don’t feel understood and the landscape basically sees whites as murderers with no conscience we need more movies that show global human racism as a disease we can recover from. I learned from Spike Lee years ago that racism is a temptation for all colors to be wary of. To quote James Baldwin, “If we don’t see the problem, I fear for the future of our country.” This film isn’t bad it’s just mediocre. I hate when reviewers promote films that just aren’t good because I am one who reads, I am one who listens. I give it a 6/10. Spike: Where is the next “Do the Right Thing?”