Short review here. My score: 4/10. A wooden, poorly edited (which is very distracting), under-developed biopic of the Bloody Sunday event so well know by the Irish and members of the world audience. 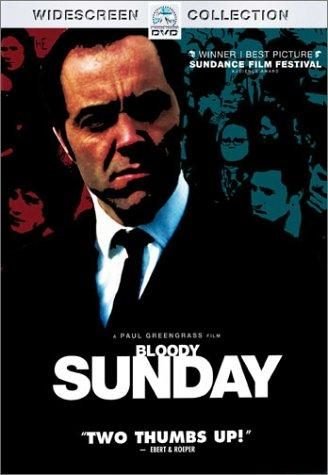 There could have been better backstory and illustration of why this happened. They use handhelds as an excuse to not engage through other means. Director Paul Greengrass went on to direct some truly awesome films like Jason Bourne, Captain Phillips, The Bourne Ultimatum, United 93, & The Bourne Supremacy.

Too many shaky camera closeups that don’t serve a central theme. “You can’t see the forest for the trees.” Not sure what he was going for with Bloody Sunday but whatever it was, I missed it. I wanted to like it as an Irishman myself, but I couldn’t get into it.