A couple in their twenties in a post apocalyptic setting where all the people in their icelandic town have vanished. Just like that they have to adapt. 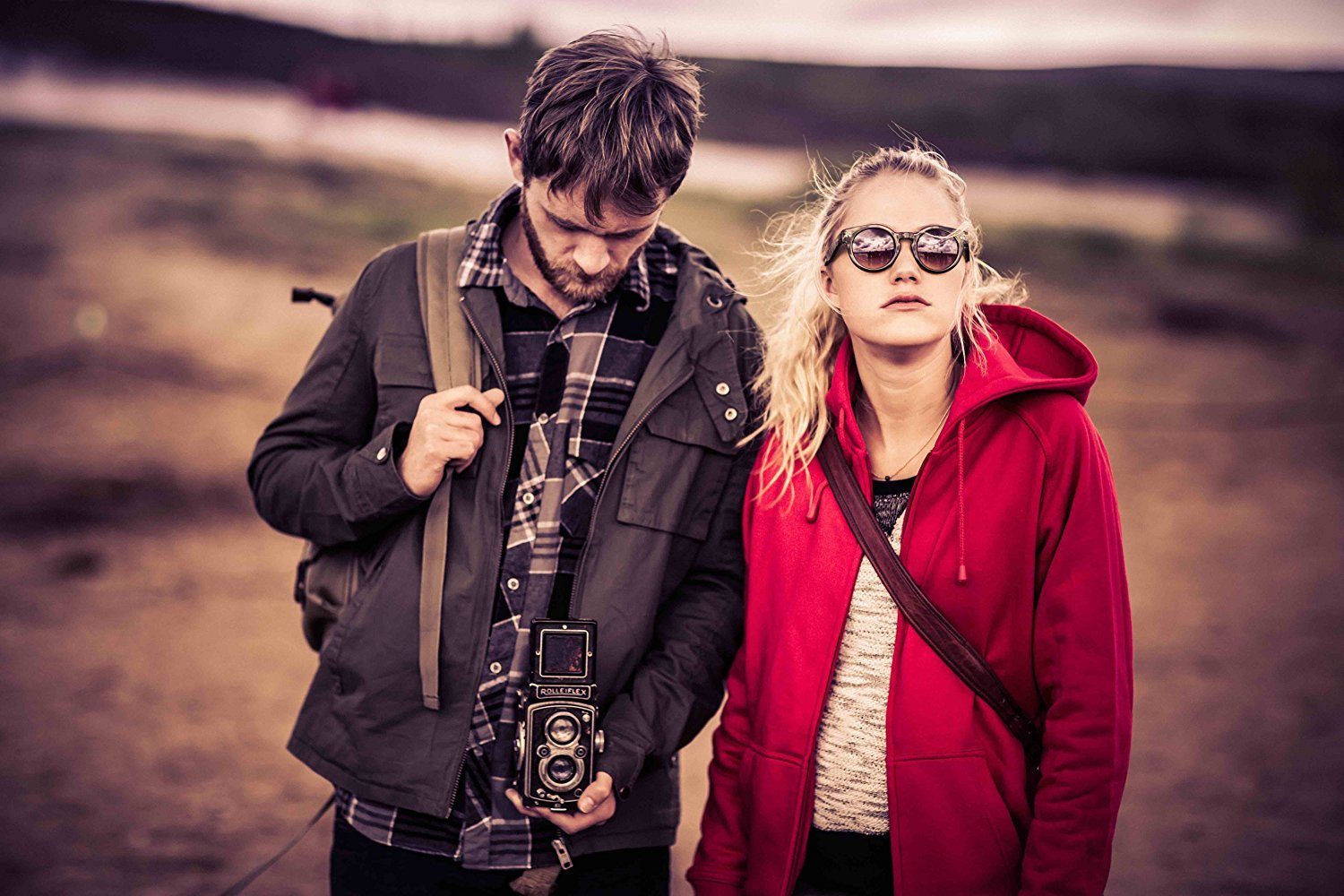 You have a directing/writing duo at work here. Geoffrey Orthwein and Andrew Sullivan. I like what they’ve done here: created a entertaining fantasy movie. I’m not sure how it did but I really found it entertaining. These days we need more directors who can produce entertaining pieces of art. So many try to preach.

The couple are played by very good actors. Maika Monroe took the world by storm in the horror hit It Follows. Something about those eyes! Her dialog is a little scant I would say. I think most women would be very worried at the end of the world. She remains entranced. Oh well, she looks great doing it. The store scenes are the best. The couple is having fun like grade school kids in a candy store. Of course, all this happens where there are no employees or shoppers.

There is a conflict with these two. I kept wondering if a larger one would come. She gets very concerned when he is playing on a shopping cart and falls severely cutting himself. After scolding him, he promises to not fool around anymore. Maybe it’s the internal conflict in a couple that’s worse than any zombies? Maybe that’s why you don’t have them ever showing up in this movie. Nils does though, an old man. The ending is one to discuss. This is a slow burn, maybe we’re meant to feel that as they do. Maybe it’s saying we need people more than we know.