Sometimes my best inventions are not really inventions but coupling of existing services and raw materials around me. I use flickr in a very unique and highly effective way that some people may have never thought of.

In response to The Daily Post’s writing prompt: “Brainwave.” What’s the best idea you’ve ever had? Regale us with every detail of the idea — the idea itself, where it came to you, and the problem it solved. 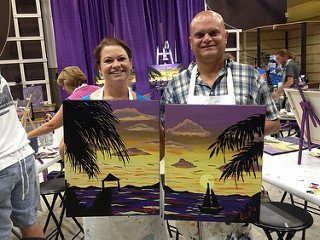 This photo is hosted by flickr. This is significant because it takes up no space on my self-hosted account. Beyond that, it preserves my photos in a highly customize-able format with amazing tagging and archival features as well. My great idea isn’t inventing flickr but it is integrating it into my blogging and social media. I use flickr as a photo host for my “photo statuses” on Facebook, Twitter, Tumblr, and occasionally my blog Riley Central. I do this through the use of IFTTT, If this then that. The trigger I use is uploading a public photo to flickr. When I do so, IFTTT send the photo and any text I put in the title or description to all my social media services with one click. 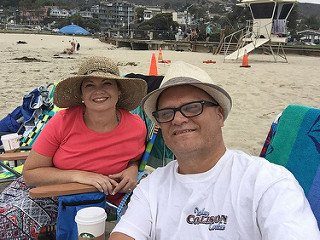 For my blog, I want to preserve the space on my account. I get 30G for $29/month on Bluehost but photos and other data can quickly max that out. Using Flickr as a photo host allows me to have access to all my photos on my blog in an easily accessible way. It also provides my flickr photostream with new photos automatically whenever I put photos in a post, which is virtually every day. Since I started doing this, I’ve gained 33 more followers on flickr,
without even trying to enhance my photostream. So, the final result of using flickr as a photo source is that all my social accounts, including flickr, benefit in the quality I am sending out to the blogosphere. I can organize my photos much easier on flickr than WordPress or the other services, and I forgot to mention that flickr gives its users 1T of space for free! Try as I might, I will never use that much space. Note: if you click on these photos you’ll see how they integrate back into flickr. Comments and share buttons are available on the photos there. So, that’s the idea I chose to share today. It’s not the first, best, or the last but I think it’s relevant to bloggers.