A beleaguered teacher who becomes a meth dealer, now there’s an idea for a series! At this point, I’m not sure who hasn’t seen Breaking Bad. If you haven’t, I’ll give you quick run-down on why I think it’s a great watch. 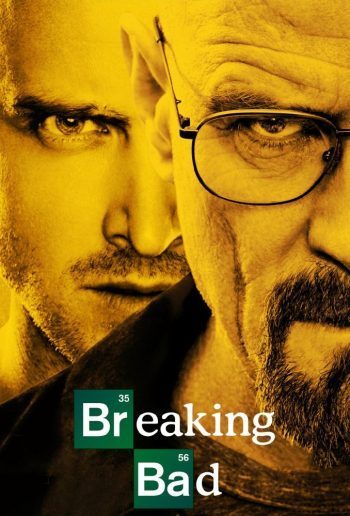 Walt is nothing like me. I’m a 4th grade teacher, he’s a high school chemistry teacher. He’s unhappy in his married, I’m quite happy. The one thing he has going for him that I identify with is the desire for something better. He wants better healthcare and instead of waiting for the union to come through for him, he takes the situation into his own hands.

Through the course of a few episode he becomes a meth maker and small time distributor. The drama follows that as well as the rapidly deterioration of his marriage. His wife is a total bitch. I can’t really blame him for wanting to get out f the house. She dreams up ideas that he should do and then forces him into them. You get the fleeting notion from time to time there was once something between them but as for the now, the marriage is on its last leg.

Walt partners up with an ex-student Jesse who knows the street smarts of the game. Between the two of them they rake in cash along with mounds of trouble. It seems the more they make, the closer they come to being caught or killed. They have adventures involving local drug rings and you get to see the dark side of all that.

In conclusion, this show has a lot of cool action sequences and certainly some well-written drama. Still, it also has a lot of dry episodes where literally nothing happens except that the cactus grows. If you ca hang in there through these episodes, the story is great and enjoyable up until the final episode. I recommend it as an excellent binge watch.