As you look into the history and legacy of this film, you see it’s undeniable influence on motion pictures. It’s very well written and the acting is superb. 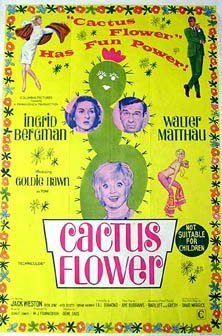 Goldie Hawn looks to be about 20 years old. Walter Matthau’s character ought to be slapped for having an affair with her. Of course, I’m joking. The characters weave together in this film like mixing paints, The ending is unexpected, somewhat, my wife saw it coming. If they had more romantic comedies like these, I think there’d be more happy couples in the world. I highly recommend this one 100% just like the critics at Rotten Tomatoes do.