Captain America appears once again in a movie with his name as the banner. Strangely however, a legion of other stories and superheroes weave through this film and it watches more like the next Avengers film. Cap has a backseat purpose. 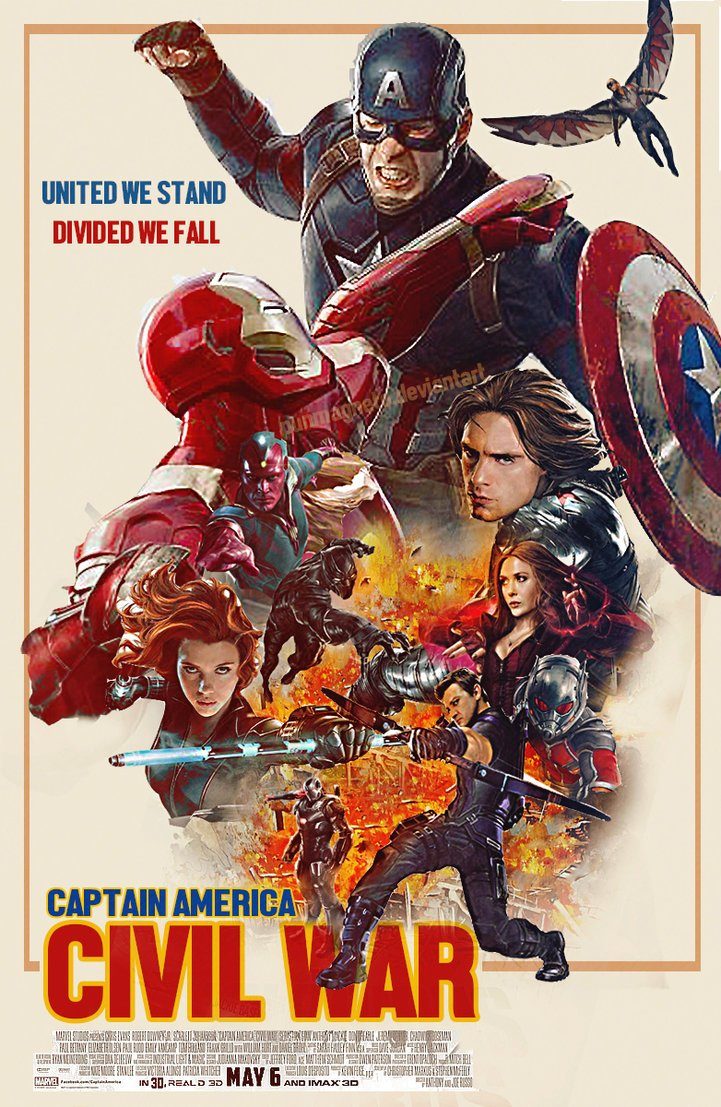 Comic books are fun, but they’re hard to get and I mean that on two levels. A good comic book tells a story in 2 dimensions. A good movie made from a comic book, transfers that “good stuff,” for example the story and superheroes, and translates that into a movie experience.

Because I read a lot of reviews, I can see there is an either/or in comic book movies: some say they stayed true to the comic and the movie excelled as a result. The other one is when a comic book connosieur slashes and trashes the director for taking too much license in the making o the movie. I  don’t know comic books well, which might explain why I didn’t like this film as much as the critics as large. Maybe I should read more comics?

My first question was: “Why so many superheroes when this is a movie called “Captain America?””

I binge watched the two prequels to Civil War before seeing it at the cinema, as did my wife. I can tell you the first two really held my attention and Cap (as he is called in all of them) is the focal hero of the movies. That made it a lot easier to follow and get on board with. Civil War has too many superheroes exhibiting their individual strengths and weaknesses.

All the while there is a ploy by politicians to gain control of the Avengers due to their reckless modus operandi. Cap’s reins from the other two movies is named “Bucky” and I don’t want to give any spoilers but there is so much back story and attention given to him you might as well have named it “Bucky: Civil War.” Still, he has some interesting abilities and his interplay with Cap is somewhat interesting. I’d call that part of the story “just above a snore.”

We do get to see some action. There is an almost unforgivable about of people having dialog and no action. This to me was a crime. All I can imagine is that it would make more sense if I only read the comics. Because I felt the movie did not live up to its name “Captain America” and should have been named “Avengers,” and because of some laboriously long dialog with no action, it lost two stars with me. I have to say, enough comic book aficionados will go see this no matter what I say but to all the others I cannot recommend this film. I have high hopes for the next one though.