The crowd in a tiny Mexican town called Apo chants, “The people, united, will never be defeated!” They’re following the leadership of Dr. Mireles, their humble doctor of the town. So many of their family members have been killed by the drug cartel, they are heart-sick and defeated. The people are done being pushed around. 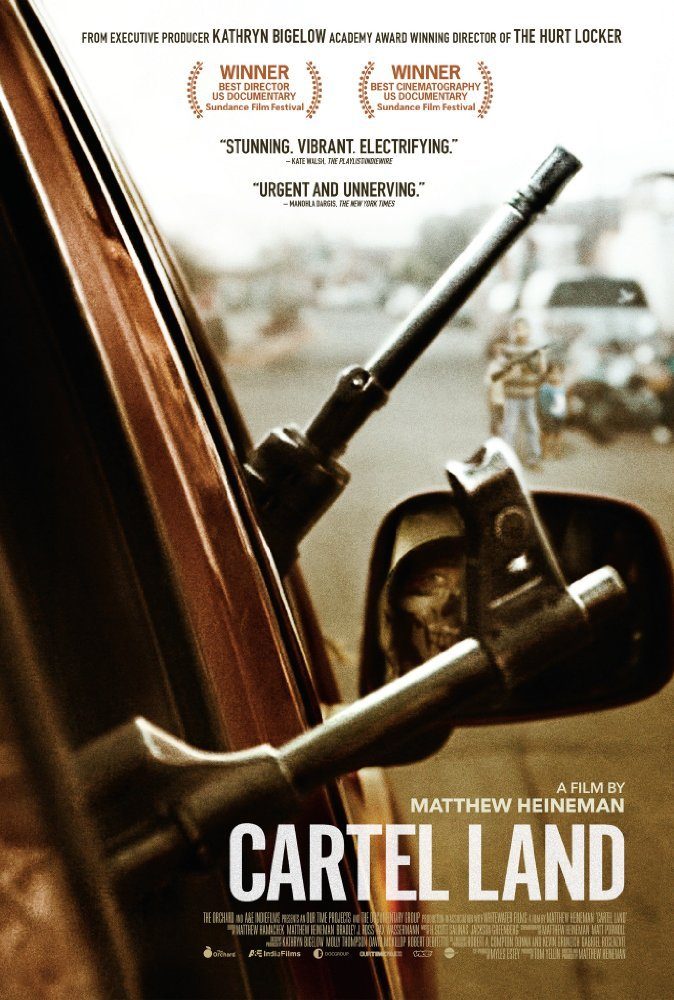 This documentary was extremely enlightening about what goes on in one part of a border town in Mexico, and probably many others. You witness first-hand scenes shot with modest camera crews. You don’t see any kill shots but you know they are there between the cuts. The director, Matthew Heineman, has created a powerful set of moving images and sound. We are not shown what to believe about the drug problem but rather given data to make our own conclusions.

This film was nominated for an Academy Award for Best Documentary Feature. You meet these people involved. What’s surprising is that only a few of them have their faces covered. It’s as if they live in a native sense where they can’t comprehend any danger that could come from the media. Their danger is right here.

In my opinion, it’s a bit fatalistic and I always look for solutions. Having said that, I’ve never lived in this town. They are fighting against these gang-like forces and the government for their very lives. For a raw look at what is happening in this situation, I recommend this film. As of 7/8/2017 it is streaming on Netflix.