Watching a horror film in black and white can hypnotize your brain to believe the creature is real and the production is modern. It’s an odd thing. What’s more, if you make the tiniest effort to examine the sets, the wardrobe, and the creatures in the feature, you just might find that the movie makers of that time (ie; 1954) put more effort into their craft than many horror movies in modern times. 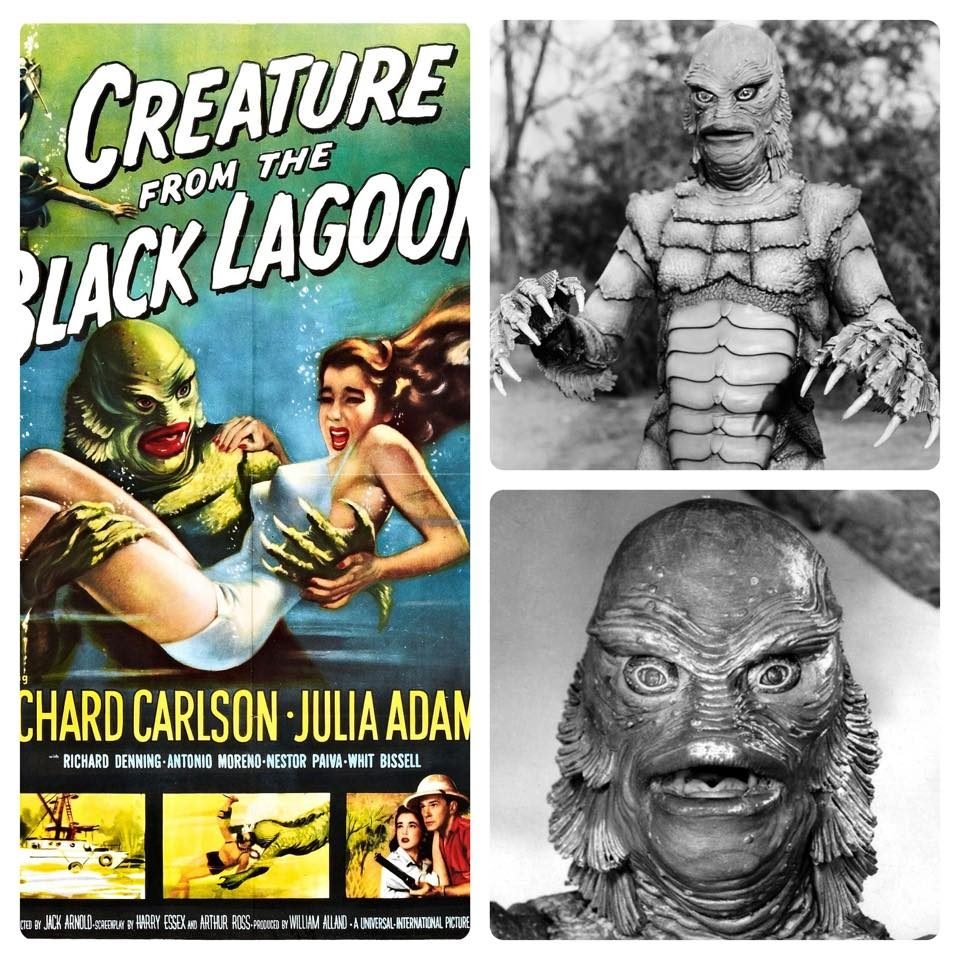 A strange prehistoric beast lurks in the depths of the Amazonian jungle. A group of scientists try to capture the animal and bring it back to civilization for study.
Director: Jack Arnold
Writers: Harry Essex (screenplay), Arthur A. Ross (screenplay) (as Arthur Ross) | 1 more credit »
Stars: Richard Carlson, Julie Adams, Richard Denning

One powerful aspect of the films in this series is the music. It needed to be, to create suspense. By today’s standards, it is nothing subtle but again, after you suspend your sense of disbelief a little, and let the film hypnotize you, you don’t pay attention to what the music is doing. I love the sets in this film because they are mostly on the water and boat. Like the music, they bring the film alive.

I have to comment on the creature suit. When he/she/it is out of water, he opens and closes his mouth like a fish. It’s effective. There were times I forgot there was an actor inside. The creature was a CREATURE and that is quite a feat for an old B&W film. Make no mistake, there are some cheesy parts that could have been made better but who’s counting?

Like King Kong, the creature will not hurt the woman. That adds a nice element of empathy for him. Nonetheless, he is a killer and must be dealt with as such. This is a barrel of monkeys, I recommend it to all horror fans (and other genres that circle those wagons).