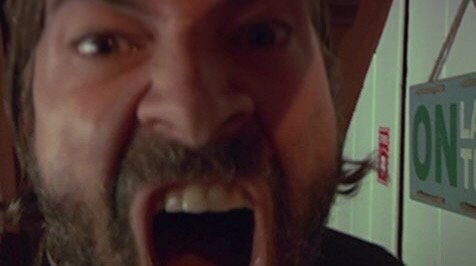 This film came out earlier than I was expecting. I saw Mark Duplass’ tweet on my phone and rushed on home to see it.

I really enjoyed it. You can hear my visceral reaction on my podcast The DRP. For here, I’ll just say that Duplass did it again. The foreboding sense of creepiness in the original is carried on in this one. There is a woman in this one, a video “artist” who has a Youtube show where she answers want ads. Anyone see the connection?

Duplass is chilled out a lot more in this one which makes it even more scary. He offers the woman a videographer job to film his “documentary” as he discusses his life as a serial killer. This really raises the tension. You’ll have to see what happens as I am not here to spoil it for you. We see “peach fuzz” again which is highly cool in my opinion. That was one of the elements of the first one that really shocked.

This film could have just sucked but it doesn’t. It makes the most of “found footage” as a genre and Duplass’ character is highly creepy, more than ever while maintaining the similar horror vibe of the original. I can’t think of how to make it better for what it aims to be.