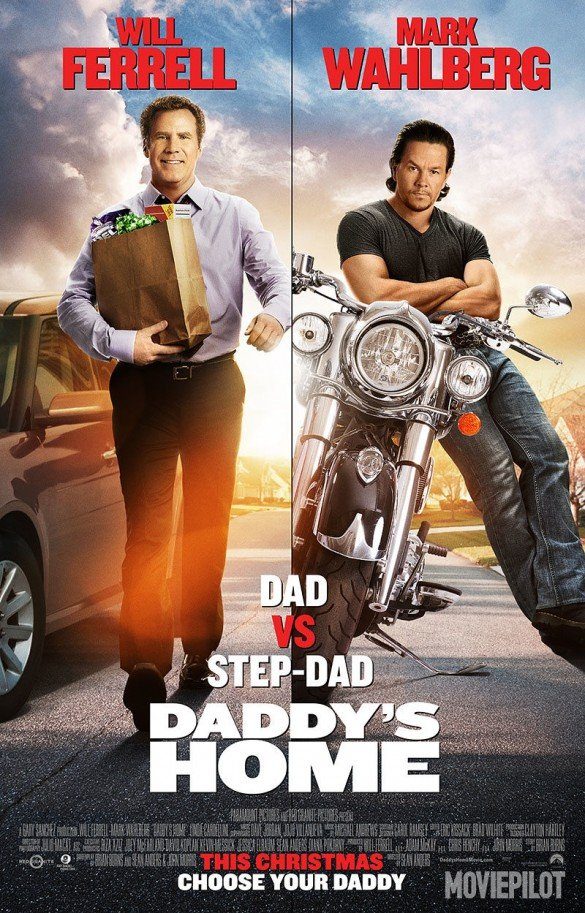 “Daddy’s Home” is a raunchy comedy focused on divorce and step parenting. It was directed by Sean Anders, known as director for “We’re the Millers and “Sex Drive” and co-writer for “Hot Tub Time Machine.” The plot and subject matter are not far afield from previous projects of his. For a film in the same vein as these it stands up respectfully. One wouldn’t think a movie about the psychology of step-parenting could be this funny but the director achieves it, mostly.

While there is a “two men comparing things” scene that belies its PG-13 rating, I’m revealing a little cross-transference because I took my young daughters and son to see it, there isn’t a comparable amount of raunchy material. For example, it’s not nearly as bad as say “Hot Tub Time Machine.” It’s different from the director’s previous work in that it takes on real emotions.

Despite the often off color humor, there is a lot of stone cold truth in this comedy and I enjoyed that. Let’s be clear, I loved these two main actors work in “The Other Guys” and whenever they’ve done comedy, I’ve been front row center doing a fist pump. Still, when you’re treating a subject like this on screen, a little more realism and heart can make it funnier. That’s my opinion.

The simplified story is this: Brad Whitaker, played by Will Farrell, is a calm, cool, collected and safe newlywed who is seeking to gain the trust and love of his new step-children: Megan, played by Scarlett Estevez a cute youngster known for tv shorts and likely to be a big child star, and her onscreen brother, played by Owen Vaccaro also a cute kid not known for much to speak of yet. From the get go, the kids give their step-dad a really hard time, I’m not exaggerating that. One example is they draw pictures of him with “homeless man shit” on his head and put them on the fridge. All Brad wants is to be a good dad, and it’s an unreal road he has to travel down to get there! To wrap the synopsis, Their bio dad shows up, played by Mark Wahlberg, and some major power battles ensue. If you’re familiar with the movies mentioned above, you can imagine what might ensue.

My final thought on this film is that I liked it a little and identified very little with it the first 20 and last 20 minutes. The time in between was a bore.  That’s too bad because a more realistic treatment of this topic could have been funnier and also could have given people like me a reason to hug their step kids instead of hiding their eyes in the daddy compares his ___ with Brad’s scenes. It’s not all bad though if you don’t mind raunch and I guess worth a ticket for a few laughs. It could have been a whole lot better.