Revenge films can really be cathartic. I think it gets to our mortal core the same way some Shakespearean plays do. A big thanks to Emma and her excellent review that got me curious. 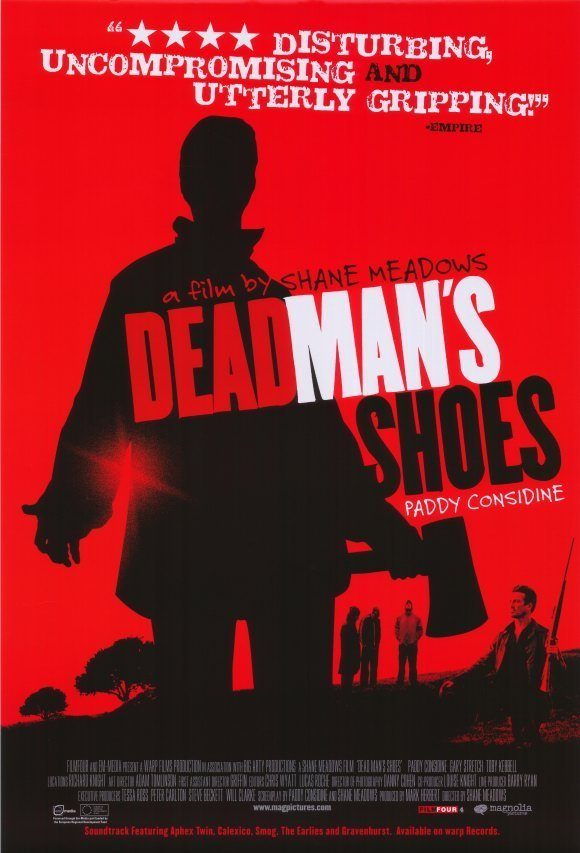 Who hasn’t been wronged and dreamt of getting the perpetrator back? I think it’s essential human nature to enjoy a good revenge film. This is one of those. Richard is the elder brother of Anthony who is bullied and derided by a group of guys in the neighborhood. When Richard is away in the service, the jeering and mistreatment becomes more severe. This is revealed to the audience in flashbacks.

I like the rawness of this film. It was made on a shoestring budget and the actors are not well known in the US as far as I can tell. Paddy Constatine (Richard) has some work under his belt. It’s a film released in the UK so the cast may be more famous there. We find that Richard has developed skills akin to a mercenary fight while in the service. This is ample reason for the group who taunted and maimed to worry. Richard weaves his revenge slowly. I am reminded of the aphorism: “The wheels of justice grind slow but exceedingly fine.”

This is a film to see that will provide all sorts of discussion questions. After watching it, make sure you have time to get tea or coffee. It has a twist at the end that may not make sense at first and I certainly did not see it coming. It’s no Disney ending by any means. I think it’s well written and well made however, possibly more eloquent than Disney could ever make a revenge film.

I won’t watch this one twice, it’s a bit disturbing. Watching it once is a must for all movie fans but I think you’d have to be a bit twisted to watch this a second time. When you recover from a tidal wave do you hope for the next? There are many things here left open-ended about the perpetrators and even Richard himself. I think we are meant to play with the scenes in our head to put them into a sensible context. At the beginning we see Richard and Anthony together, in the middle we don’t and at the end there is a revelation altogether different about the time and what has happened since Richard left for the military.

There are some of the most heinous scenes in this. It wasn’t as bad as the “Snowtown Murders” but pretty close. Once threat scene is probably the most intense I’ve ever seen. Richard threatens Sonny, one of the perpetrators. The movie has some great scenes and that one is one of the best in my opinion. I pulled one star off because there could have been more character development and the time jumping around was a bit confusing for me. Other than that, this is among the best revenge films I’ve seen. I recommend it.