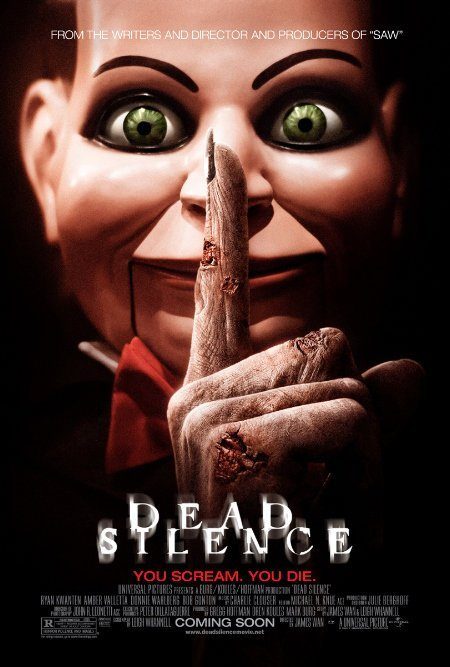 A young widower returns to his hometown to search for answers to his wife’s murder, which may be linked to the ghost of a murdered ventriloquist.
Director: James Wan
Writers: Leigh Whannell (screenplay), James Wan (story) | 1 more credit »
Stars: Ryan Kwanten, Amber Valletta, Donnie Wahlberg

A happy-go-lucky fellow and his girlfriend have recently moved into their new home. They find it to be everything they want, but then this puppet is delivered to them.

James Wan is a phenomenal Horror director who has now become a producer as well. One thing I can say with certainty is that James Wan can craft a scary movie. Even though it feels a bit like something is missing here, Wan has left us with a very scary horror movie from credits to credits. All horror fans will find it worth watching I think.

Furthermore about James Wan: H seems to include a scary prop of some sort in his movies. You see it in the little doll and the mask of Jigsaw. Here, you see it in this ventriloquist puppet hell-bent on terror. It works quite well for scares. I don’t think you can ever get too jaded to not jump when a puppet like that moves all of a sudden. It’s creepy and probably has been in film and stories way back to the early days. Speaking of props, think about the bear trap in Saw along with the many gadgets and machines engineered to kill. Wan is definitely a prop director.

The acting is fine, there is nothing spectacular. It’s worth noting that Donnie Wahlberg was in so Saw sequels and he plays the detective here in this film. Much emphasis is put on the puppet and as a result, not much else is developed in the story. So, even though I really like the premise and the puppet, it loses some points with me for not being as well rounded a film as I would have liked.