Ok! It’s time for the new review on the podcast this week! Hope you can have a listen.

Since this wacky superhero film came out, it’s been all the rage with comic lovers as well as Marvel movie fans. I am both attracted to it and deflected, I sat down to record an episode to try and explain why. Conflicted is a good adjective for how I feel about this film. 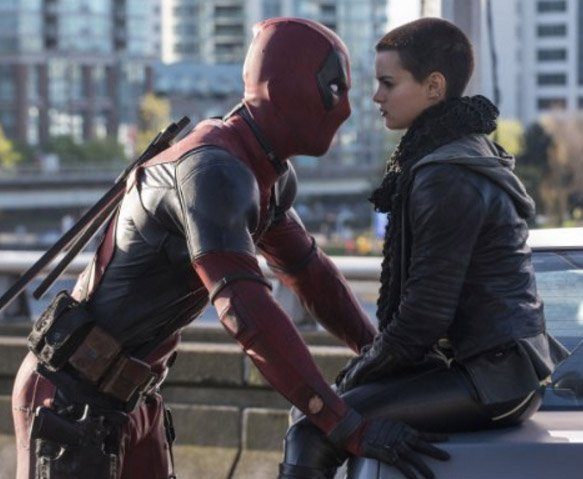 Title: Deadpool
Genre: Action, Adventure, Comedy
MPAA Rating: R
Year: 2016
Director: Tim Miller, known for “Scott Pilgrim vs. The World.”
Top Billed Cast: Ryan Reynolds, Morena Baccarin, T.J. Miller
Brief Synopsis: A former military dynamo turned reckless mercenary is transformed into having a superpower.
My Word to the Wise: Add another film to the Marvel superhero franchise. It mocks formulas but is formulaic to a fault. As far as Marvel films go, this is more fun than they are usually allowed to be. It’s definitely fun but not what I had imagined. The reviews made it seem like something apart from Marvel, it’s not.

Spoilers may follow in the rest of this review. 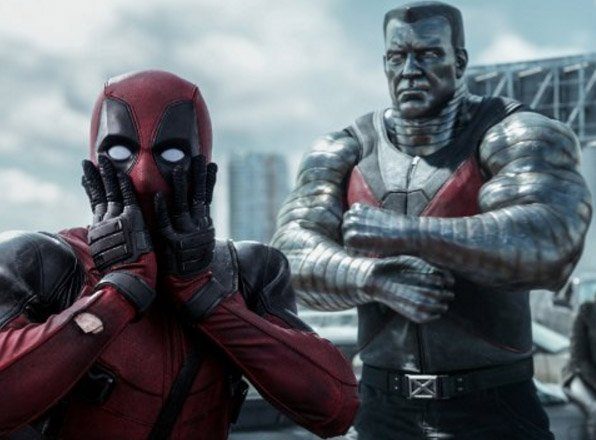 Ryan Reynolds does a good enough job in this Marvel film that sets out to be more gritty than the rest. He’s delivering jokes almost from credits to credits. It’s funny, for a while. I don’t mean to judge like a puritan, because I ‘aint one fo sho, but it seems like the producers wanted nudity, excessive blood, and reckless profanity throughout this movie, that appeals mostly to teenage boys. It’s so obvious they’re doing it you almost expect Deadpool to address the age group in one of his asides. By the way, there are many asides which is new for these movies.

I would like to see Deadpool take on Iron Man. This is partially because I never liked the Iron Man’s false bravado. I know the audience would root for Deadpool because, quite frankly, he way more crazy. I went into this movie not knowing how locked in to Stan Lee and the gang it was. The reviews I read seemed to hint at a superhero outside of the commercial loop. I saw that in about the first 1/3 of the movie. After they explain how Deadpool came to be, it because just another Marvel/X-Men/Avengers for me. They act like they are making fun of the genre with clever writing but Deadpool is just a slightly different incarnation. I hope I’m not bumming anyone out who wants to see it. It is certainly a lot of fun as any Marvel film is. Many buckets of fake blood gave their lives for this film and there’s a lot of nude scenes. I don’t recall seeing those in a Marvel film before. Trust me, I’m not complaining, just being real.

The teenage boys, ages 11-19 will love this film. The older ones will be mildly entertained. Based on the ratings out there in the strongholds: Rotten Tomatoes and IMDB, it’s a “great film.” I suppose I agree with them. There’s a lot more on my mind bout this film but I’ll let it come out in comments on other people’s reviews. I really wanted to love this movie but after all the hoopla and watching it, I just like it. I have a platonic relationship with it. Will I see it again? Probably not. It has nothing on an intellectual level I’m afraid. Because it tried too hard to make fun of a genre that it was itself (it didn’t seem to know that) it lost a star. I have movies that “try.” Because I felt the R rating was sought out of indifference for the ten boys who make up the main audience, it lost another star. It’s definitely worth seeing though and damn funny at times. In closing though, I do not feel it lives up to the hype it’s receiving as “something different” in a superhero movie.

A lot of my friends loved this movie. If you agree or disagree , please let me know.