If you’re going to watch this, please know it’s one long wedding. I mean that literally, it’s a horror movie at a long wedding. 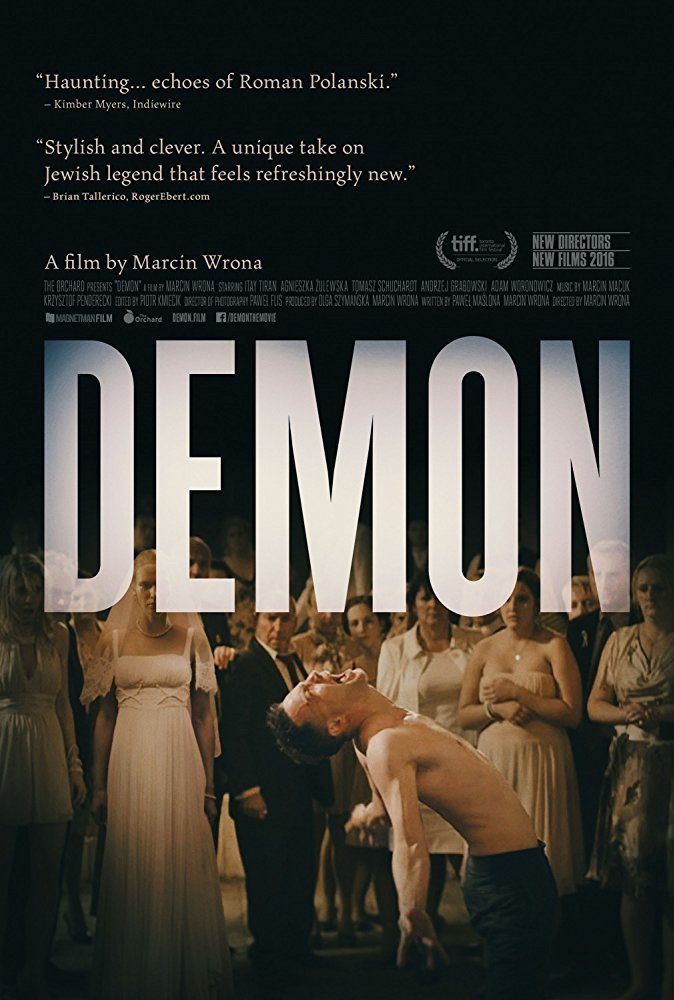 A bridegroom is possessed by an unquiet spirit in the midst of his own wedding celebration, in this clever take on the Jewish legend of the dybbuk.
Director: Marcin Wrona
Writers: Pawel Maslona, Marcin Wrona
Stars: Itay Tiran, Agnieszka Zulewska, Andrzej Grabowski

This director has done a cool, traditional thing here. He took a polish legend and made the story into a modern day telling. Some of the scariest stuff out there is in folklore and legend. Just like La Llorona in Mexico, this demon is ruthless and relentless. She’s not one to be trifled with.

I like the director’s work here but I do think more “scary stuff” would have improved this horror film. There are some great minimal scares and they run deep. For example, at the point when the doctor needs a syringe to calm the patient, he calls for the syringe and the had of the demon reaches from under the bed. That was chilling. But I think the film was lacking very much in scares so that’s why I sort of tuned out.

The actors are all foreign and the lead was pretty good but overall the acting was just average for me. Maybe because I despise weddings I don’t know, but I didn’t really like this film much. There isn’t much horror as advertised. It’s a great recycled folklore legend and the screenplay is written fairly well. I don’t see any reason for you to see it though, unless the legend excites you.