Social consciousness should be a genre on IMDB. I hope they’ll adopt it. Yes, this film is a crime/drama/thriller but this is a historical film that definitely should be seen by all people interested in racism and social consciousness. It’s nothing we haven’t seen before, the racist theme I mean. Still, the fact that two police officers killled 2 black men in cold blood and were found innocent in 1967 is a story that needs to be shown and told again and again until this sort of thing ceases to happen. 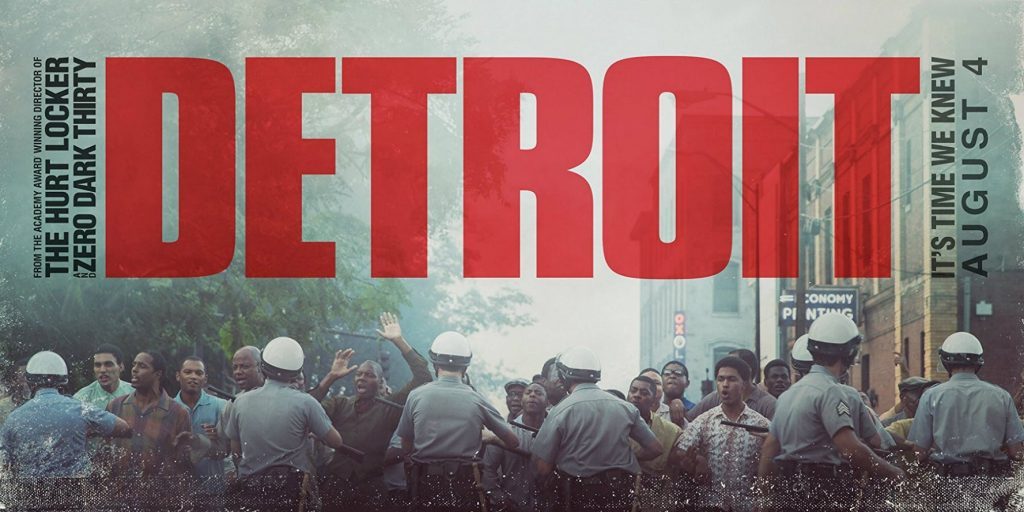 Fact-based drama set during the 1967 Detroit riots in which a group of rogue police officers respond to a complaint with retribution rather than justice on their minds.
Director: Kathryn Bigelow
Writer: Mark Boal
Stars: John Boyega, Anthony Mackie, Algee Smith

Another thing that needs to be noted after watching this movie is the power of directing that is Kathryn Bigelow. She is growing with every film to be a powerful social commentarist of this medium. Her other films include “The Hurt Locker” and “Zero Dark Thirty.” Both are powerful statements about real events and about human nature. I will say the senes are hard to watch and I think many will be truned off by that. I would encourage you to get up and get a glass of water or a snack when it gets too violent. Some scenes my be a little overkill but I respect why Bigelow and made them that way. Overall, an impressive and powerful work from American racial history 7/10