This will make you never want to go camping again. A horror tale of a happy couple minding their own business and being attacked by hoodlum teens. 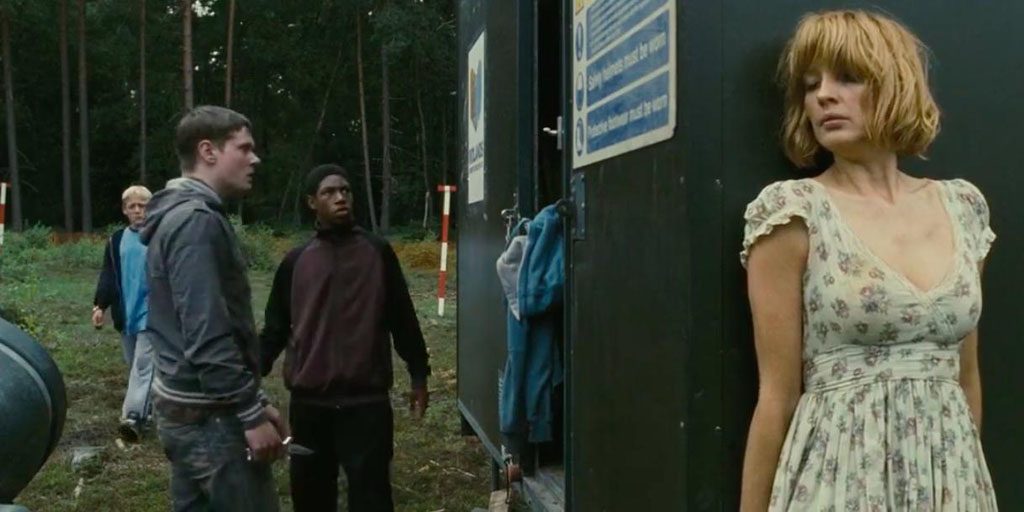 We have a lot of gore and violence here. I recall more than one scene I probably would want my teenage kids to see. Writer/Director James Watkins really bloodies the blade in this suspenseful thriller.

A couple seeks to have a calm and romantic getaway at a camp spot. That is threstened by hoodlum kids who try proactively to ruin their time.

It’s the age-old debate of “kids will be kids.” Is Fassenbender’s character an asshole for trying to get them to leave him alone and shut up? That’s up for a discussion until a given point I think. After that point, all bets are off and it turns to an all out kill or be killed war for turf. These are not innocent kids.

Some of these scenes will forever remain in my visual memory. It is a highly violent and graphic film. Not for the weak of heart or those seeking a sing-song film with a la la ending. I won’t give it away but suffice it to say this film is brutal. I felt it was too much at times although the film is still entertaining. I would have liked to have seen how the gang came to obey the leader to the death. Tat was never really fleshed out (no pun intended).