Biography films can be long and even boring sometimes. This is a break from that mold. We see the Czechs go after Hitler’s third man in charge. They call him the butcher. What seems an impossible task becomes a tenacious one and as Cillian Murphy’s character says “We are Czechs, we will never surrender!” 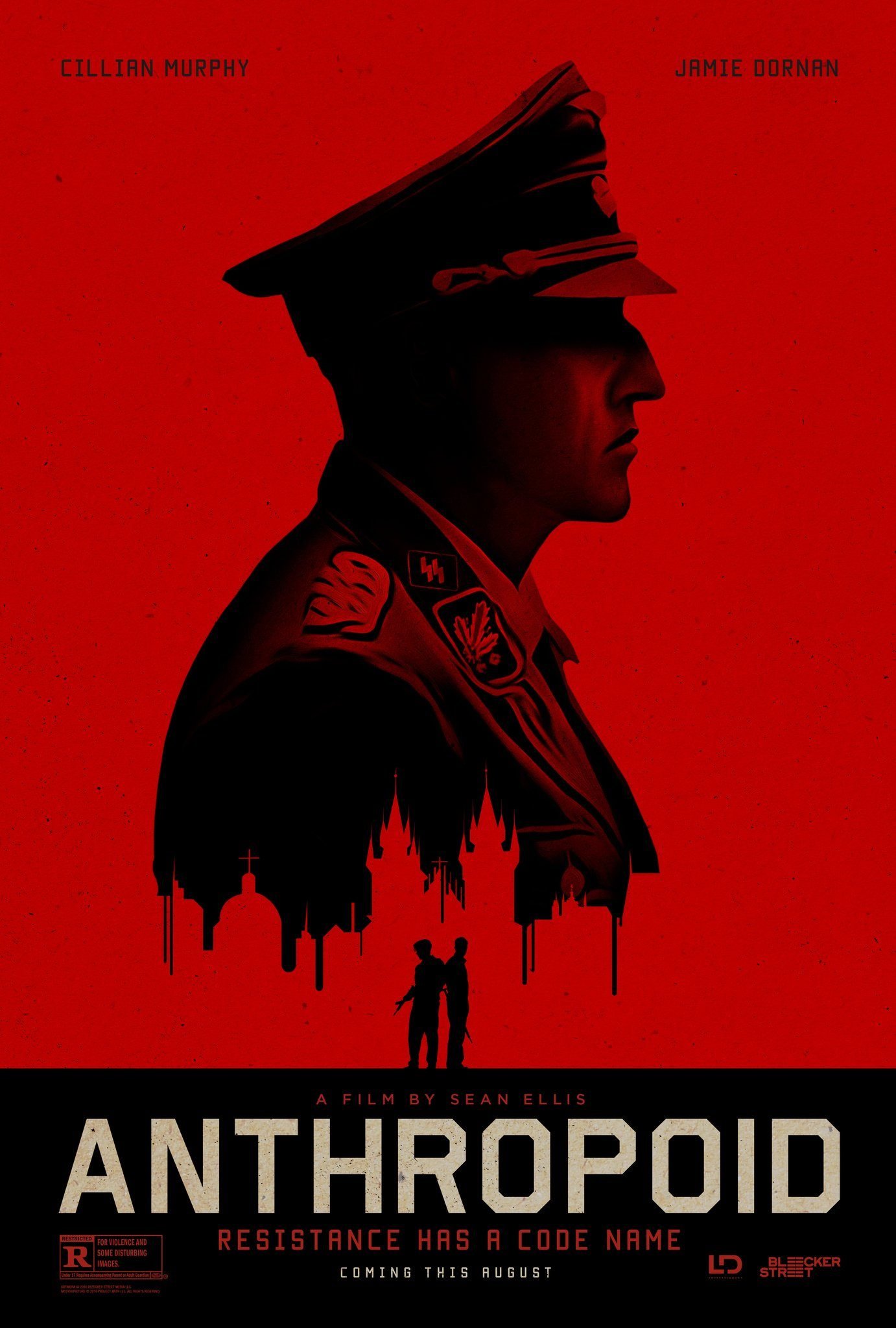 “Based on the extraordinary true story of Operation Anthropoid, the WWII mission to assassinate SS General Reinhard Heydrich, the main architect behind the Final Solution and the Reich’s third in command after Hitler and Himmler.” -IMDB
Cast

Director Sean Ellis who gave us the funny and sexy Cashback., really made a sideline here for a gritty, violent biography. I don’t usually gravitate toward these films but I’m glad I did this time. A slow starter, this film does pick up with a passion and takes the audience along for a helluva ride.

Cillian Murphy plays the lead role. He’s an assassin from the resistance against Hitler. He sets out to kill Hitler’s third in command, after Himmler. Jamie Dornan also gives a powerful performance as the accomplice. Viewers may remember him from the not so stunning Fifty Shades of Grey.

The story is about a pair of Czechs whose country has been decimated by Hitler and his cronies. They set out to assassinate the third in command who has been put in charge of terrorizing and occupying Czechoslovakia . The hit many walls along their journey and the end is a scene of bittersweet historical fact.

FINAL THOUGHTS
I really liked this film in the way it presented the characters in a slow way but sped up during certain exciting scenes which kept my interest. It’s a must see for fans of World War Two films with an emphasis on the horrors of Hitler. I recommend it to historians and casual biography watchers alike. There are times it does go a little slow and I didn’t truly embrace the way the ending was presented even though I liked it very much.