A good indicator of what promises to be an awesome show! 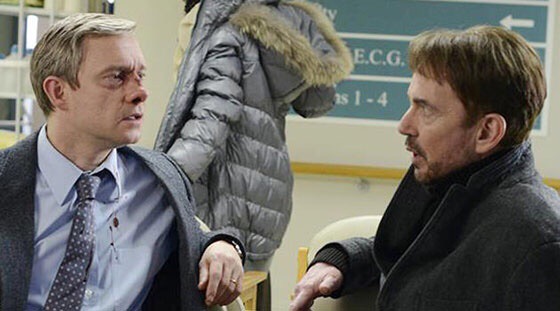 The pilot sometimes determines how good the show will be long term. If that’s the case here, I’m a lucky bastard. This show is now in its 3rd season and I’m a binge-watcher by passion. Fargo the film charmed audiences with small town, snowy themes juxtaposed with black deeds like murder and crime. The goofy police with their fluffy hats are out to get their man, and we love seeing if they can.

The characters and story are eerily reminiscent of those in the film. They are just different enough to keep me interested. Skeptics of the series would give it a try. The pilot has made me a believer.

There is a cast of thousands in this series. Every corner turned shows familiar face. They grind down the criminals with the same innocent charm but so far, it’s a slow burn. That;s not a bad thing though. I know they can expand a lot on the stories in the manner of a series. My understanding is each season has a new story line and a new set of characters/actors.

I can honestly say I recommend this show, especially to the folks who are fans of the film. I am looking forward to an awesome rest of season one!