Classic Paul Rudd here similar to the one was see in I Love You Man. In this case however, Rudd’s character is a caretaker looking after a real pill of a teen with 7 or 8 months to live. Has he met his match of wits? 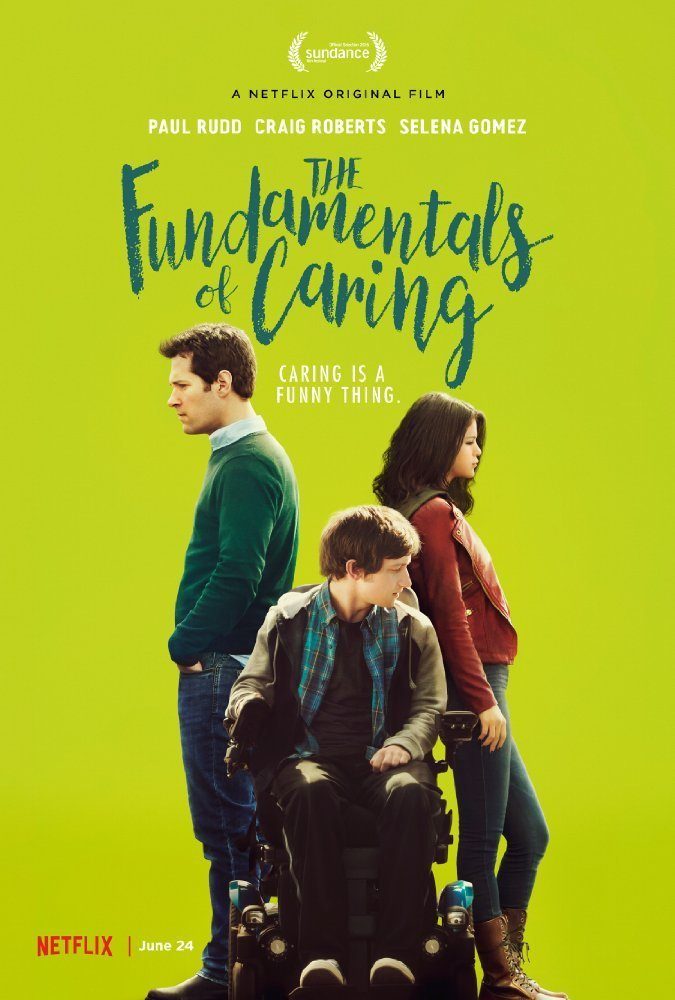 I’m going to go out on a limb here and recognize Netflix for making some great original “movies.” These are films you can leave the room to get your laundry, come back and you haven’t lost the whole thrust of the show. Would they work in a theater? Hmmm, not sure, probably not as well. This is a dramedy (more drama) that makes you feel good a little but kind of rattles your nerves a bit as well. I like those types. It’s good writing too. There’s a part when the youth really challenges Rudd’s character and his words handle it perfectly.

Craig Roberts plays the invalid being cared for. He decides to trick his caretaker into taking him on a road trip and there is the meat of the film really. On the road they meet and pick up the Selena Gomez character. His wildfire hormones have a chance to offer some unholy commentary there. This is a simple but funny and touching film. It’s good for anyone but I imagine people in the caring profession would closely relate. Some may find the simpleness disappointing but I think it works well as a whole.