The black and white appearance belies the mood colors of this sleepy yet powerful vampire tale. It’s an instant classic. 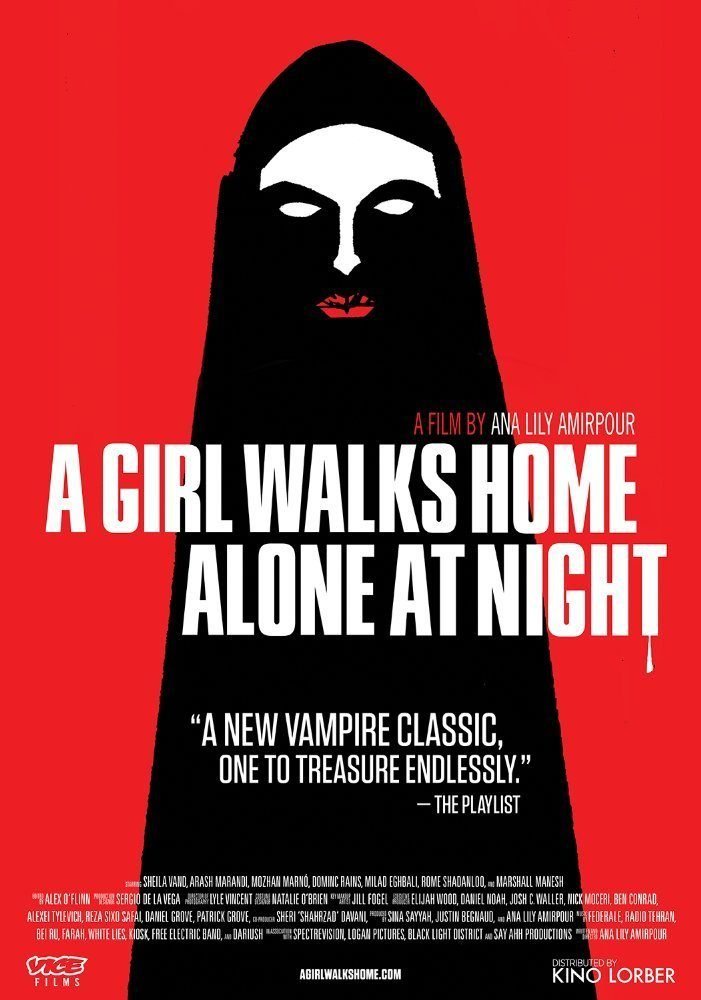 In the Iranian ghost-town Bad City, a place that reeks of death and loneliness, the townspeople are unaware they are being stalked by a lonesome vampire.
Director: Ana Lily Amirpour
Writer: Ana Lily Amirpour
Stars: Sheila Vand, Arash Marandi, Marshall Manesh

Filmed in Iran where women are not always treated as they should be, this film stands out as a bit of a vengeance piece. Ana Lily Amirpour who also gave us The Bad Batch shines as the director here. The scenes and crops are all amazing choices she had to make while creating this film.

What if that woman with her head covered walking the streets at night was not the victim but a bloodthirsty vampire? Some men are easier to hate than others though and therein lies her predicament. Perhaps not all men are bad? Either way we have enough bad ones in this film to make for some great kill scenes. Having said that, this film is rather tame when it comes to horror. A hiss and showing of the teeth is about as bad as we get with this. The rest of it is hypnotic like being put into a trance. This is trippy and different. I loved this movie.