Documentaries are meant to be gritty and real. They should mirror real life and give us a “behind the scenes” view. You get that as you watch this ex football star and his family struggle to bear up under the travails of ALS. 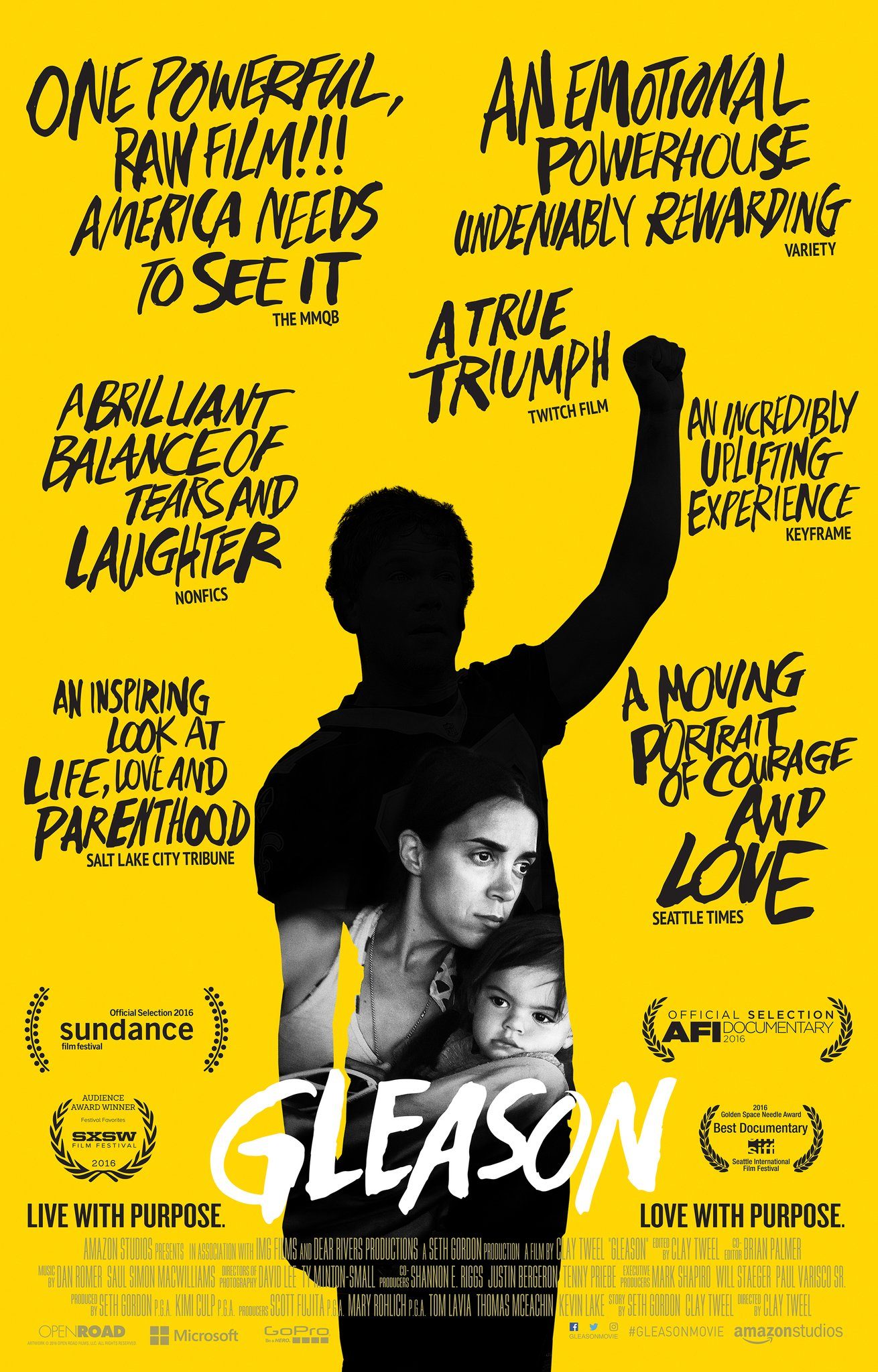 Gleason
“After he is diagnosed with ALS, former professional football player Steve Gleason begins making a video diary for his unborn son, as he, his wife, and their friends and family work to raise money for ALS patients as his disease progresses.” -IMDB
Cast
Steve Gleason Himself
Mike Gleason Himself
Scott Fujita Himself
Mike McKenzie Himself
Directed by
Clay Tweel
Written by
Clay Tweel (as J. Clay Tweel)
Other Info
Documentary
R
Fri 29 Jul 2016 UTC
110min
IMDB Rating: 8.4

This is a film about living in the now. All the fame and fortune of sports or other celebrity can’t cure ALS. The relationship between he and his wife is tested. They think about having a child despite the diagnosis and that comprises a good chunk of the film. There is a scene where a friend says he is “better late than never” at climbing a snow capped mountain. He replies “Better now than never.” This is the wisdom of the film I think.

For a documentary, I give this a high score. There are some portions that tend to drag on a little but it’s important to remember what a documentary really is, it’s not meant to be an Oscar fictional tale with cgi for example.

FINAL THOUGHTS
Life isn’t always peachy. Situations arise like cancer or an ALS diagnosis. But it isn’t those things that define our happiness. That’s what we learn from this uplifting, meaningful documentary. I recommend it for every human.