Al Pacino has tried to play touchy feely roles but it never works for him. He is a mean ass devil may care murderous dude. That’s why in lots of ways, some people may enjoy part II better. The first is a subdued mafia classic that elicits a response. The second is a study in the evil that is the character played by Al Pacino. 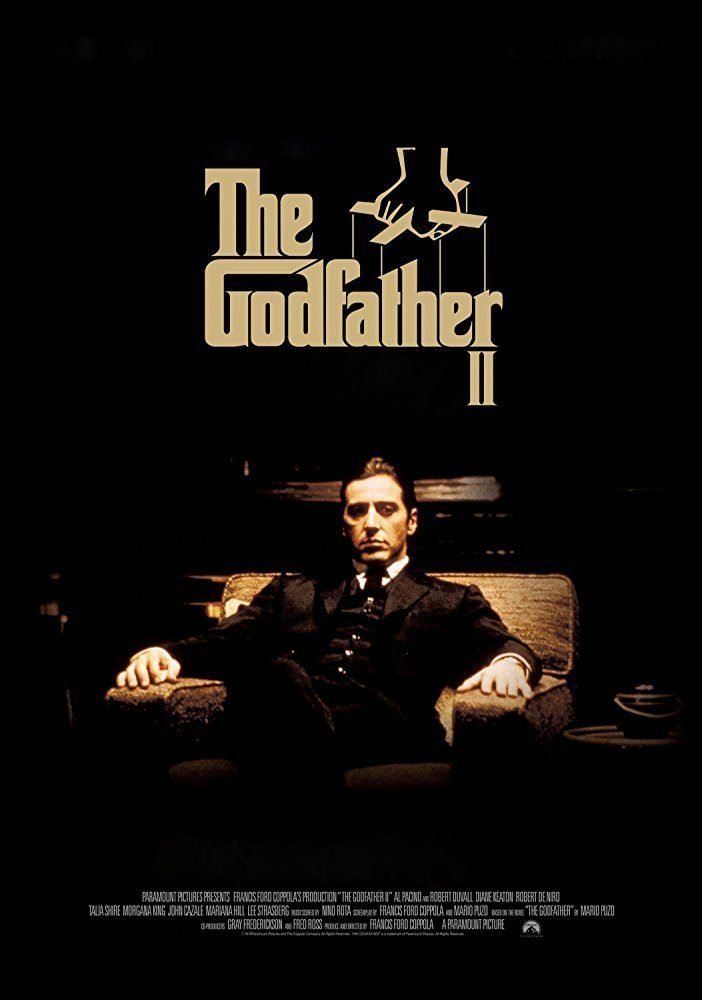 This is a 3 1/2 hour film. Thankfully, there is an intermission. The music and portrayals of parties and culture within the Italian mafia put me in a trance. You can smell the spaghetti and meatballs. The film flashes back intermittently to the young beginnings of Vito Corleone. He is played by Robert DeNiro. I would say these are distracting but it is so engaging to watch DeNiro play the “young Godfather.” It doesn’t absolve Vito of all guilt for the bloody life he led but it does show why he went that way, because things were so messed up.

The scenes and dialog throughout Michael’s beginnings as the Don draw you in and they are worth watching. I noted how he stayed calm and reserved when people were screwing him over. He was mindful of how things should look as he was cutting their throats later. That’s probably why he was so successful. The flashback scenes were not my favorite and the film did drag on at times. For that reason, I gave it a 7/10. That is 3 less points that the 10/10 I gave the original.