This film is relatively new and I purposely left spoilers out of my review. A very similar look to the first one in most aspects. The 1970’s songs were a bit more arcane and far off which for me was cool. I liked watching things explode, the raccoon played by Bradley Cooper make jokes, and the Baby Groot emote so much expression with is highly limited words. I couldn’t help but wonder if vol2 was really necessary but it was honestly so much fun, I bought in and there were only a few places where I was bored. 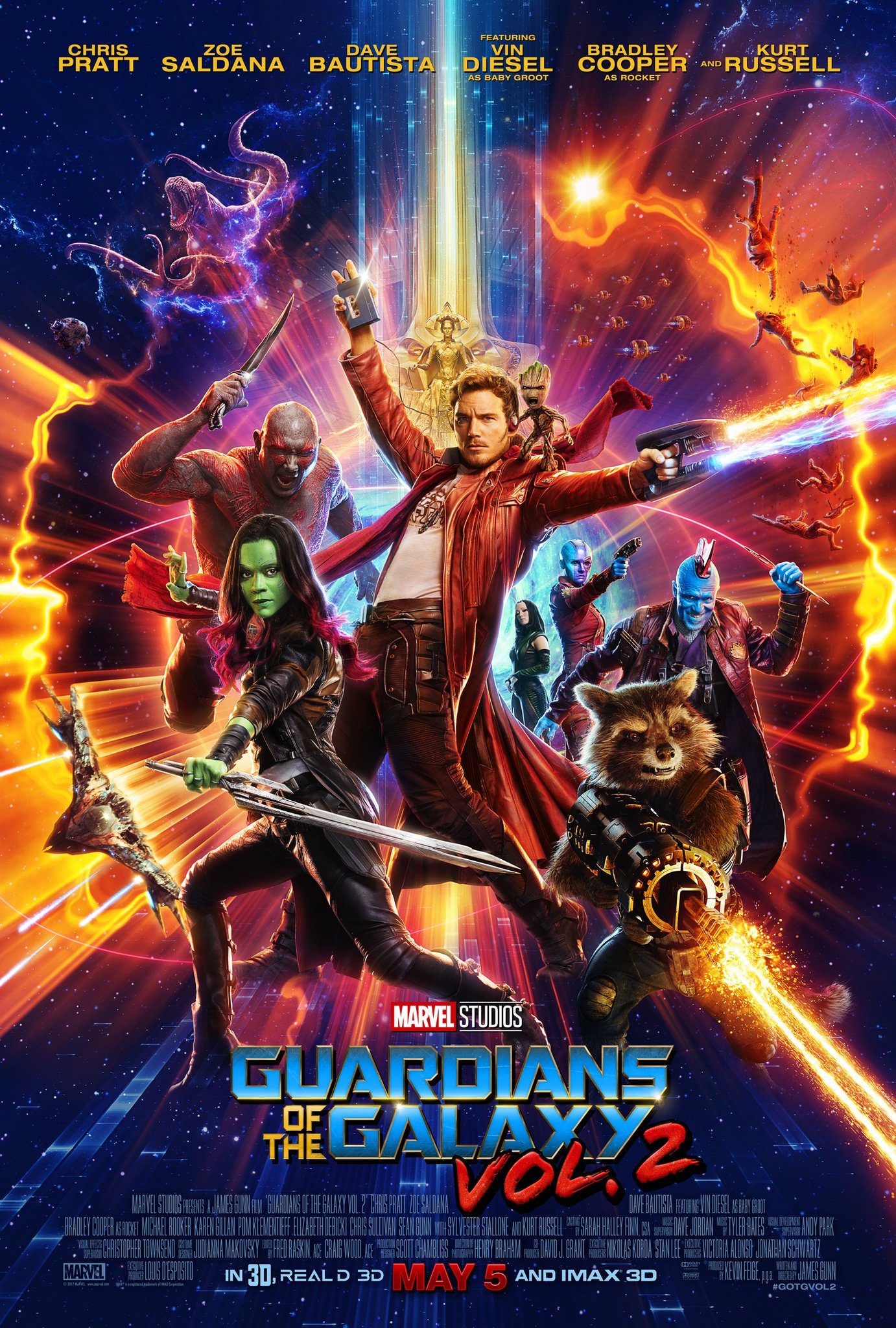 Guardians of the Galaxy Vol. 2

“Set to the backdrop of Awesome Mixtape #2, ‘Guardians of the Galaxy Vol. 2’ continues the team’s adventures as they unravel the mystery of Peter Quill’s true parentage.” -IMDB

So the story goes (this is in the trailers so I assume it’s not considered a spoiler): Starlord meets his biological father played by Kurt Russell. Much of this storyline is outlandish and frankly impossible but I kept reminding myself that this IS a Marvel comic book made into a film. You get the obligatory Stan Lee cameo as well but it never quite feels as polished and robust as Spiderman or Thor. The 70’s music is a standard part of the formula. Maybe it always was, I haven’t read the comics.

FINAL THOUGHTS
Look, I’m not going to criticize a movie that gave this many people jobs and brought so many people out to opening night in my hometown. The fact that the story and action is ALL OVER THE PLACE and it’s hard to focus on what is really happen is probably my fault for not being between 15 and 35 years old.

Still, there was way more comic stuff in this one. It is much funnier than the first by far. The understated, sarcastic humor made me belly laugh more than a few times. The Baby Groot is funny and cute as well. I saw a lot of promotion in the weeks before it was released and Baby Groot lived up to the hype, he delivers! So go see this wild and crazy film. It has some great effects and hilarity to boot. It’s a great way to ring in the Summer but not likely to go on anyone’s top ten of comic book or sci fi films. Then again, some young people surprise me.