My score: 6/10. A complete rethinking of the original premise, this film probably let many viewers down. I mean, what other reason do you go see a Halloween film than to see Michael Myers in the mask. You won’t find him here. What you do get is a reimagined story involving robots like “Westworld” and a mind control campaign that utilizes television. Sound like a breed apart? It is. 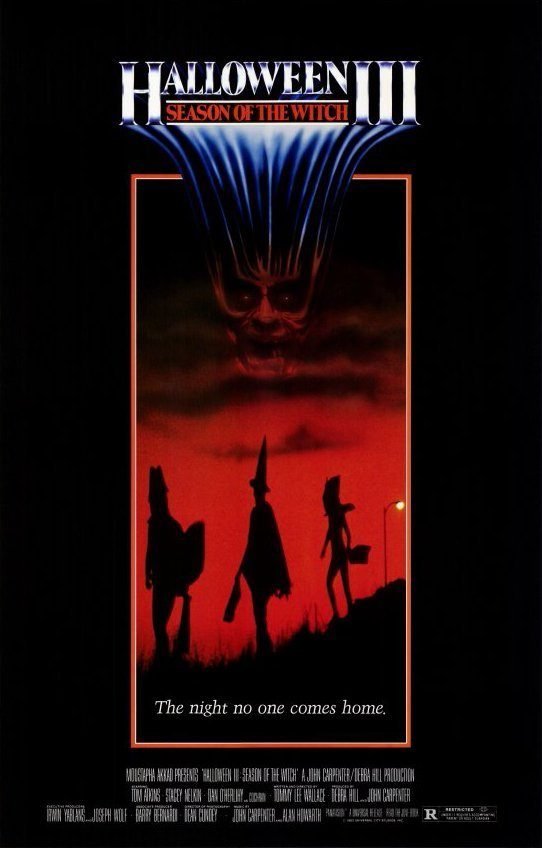 Director Tommy Lee Wallace has done a lot of stuff since this film. None of it was blockbuster material but I find no fault in that. For example, he directed two episodes of the original made-for-tv “It.” Unfortunately, Halloween III lacks the sensibility of the original. The formula of “The Shape” (Michael Myers) coming back for more killing is the chilling premise that worked. It wasn’t broken so it shouldn’t have been changed.

This is a fun movie though. I see it on par with a “Child’s Play” or an episode of “The Six Million Dollar Man.” Indeed Halloween is the top of the hill for classic horror but there’s a long way to fall from there and still be a great movie. I give this one a 6/10.