Jimmy Stewart is one of the most impressive and emotive actors of all time. His voice creates a presence of calm and attention. He usually has something to say in a film and in Harvey it’s life wisdom hand over fist. 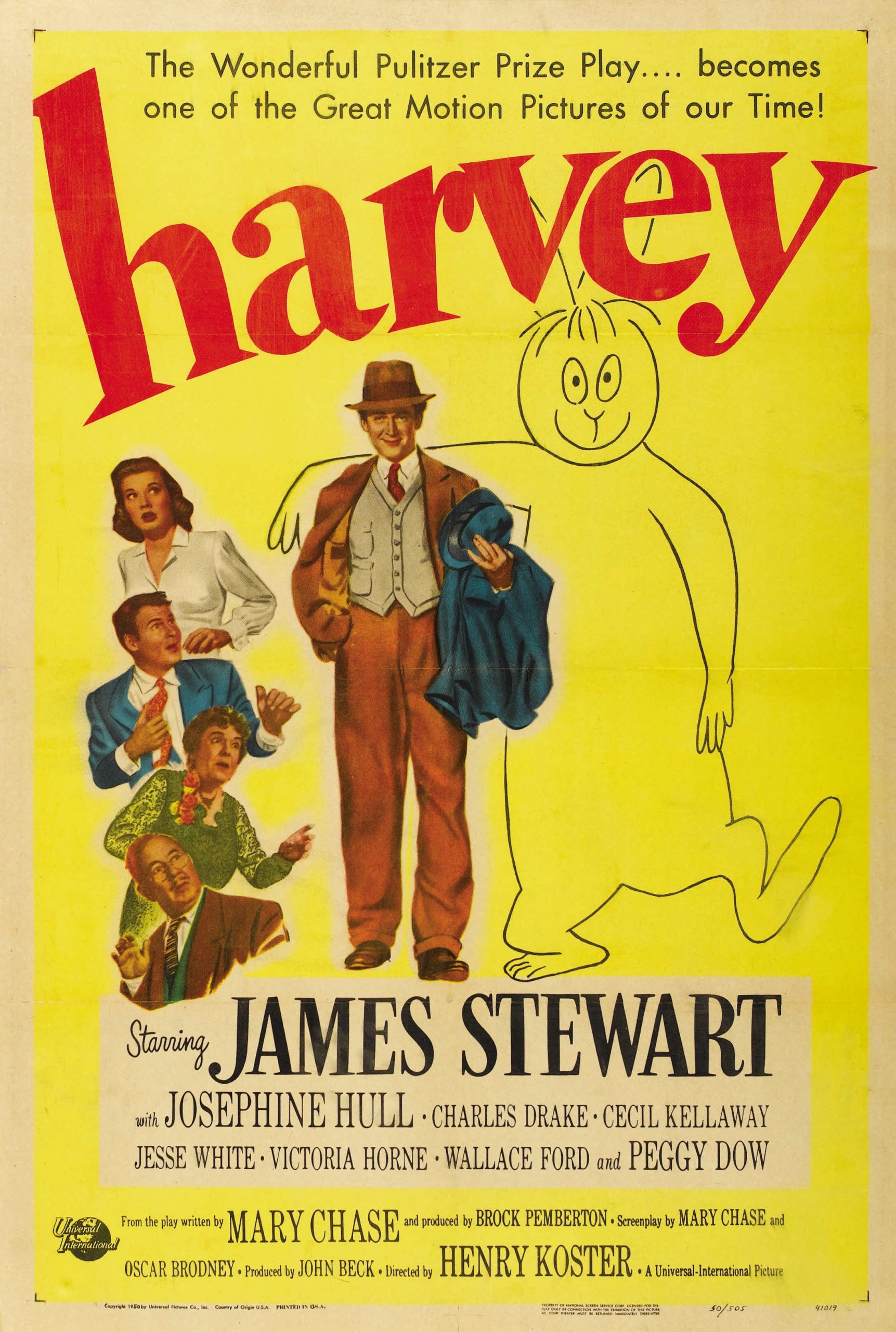 “Due to his insistence that he has an invisible six foot-tall rabbit for a best friend, a whimsical middle-aged man is thought by his family to be insane – but he may be wiser than anyone knows.” -IMDB
Cast

Directed by Henry Koster, this film was in a long list of highly successful films of its time. One that rings a bell with me is The Bishop’s Wife (1947) but the list is quite long. It makes sense such a prolific creator would have made a gem like this. Clearly he was acquainted with mental health facilities and care of the time. They are presented realistically for the time.

James Stewart plays Elwood P. Dowd, a happy-go-lucky homebody dedicated to taking care of his sister who is ailing and a bit hysterical. He keeps her calm and we can see early on how relaxed as a person he is. Peggy Dow plays Ruth Kelly, a beautiful young nurse who is kind and helpful to Elwood even though she may think him crazy. I hope if I am ever thought crazy I get such wonderful sweet treatment. Charles Drake plays Dr. Lyman Sanderson. This doctor has a crush on nurse Kelly and they provide some romantic tension in the plot. There are a few more really great performances in this movie. I am honestly blown away every time I see it.

The story here starts with Elwood (Jimmy Stewart). He talks to a 6 foot rabbit who the audience may or may not ever see, you’ll have to decide. Maybe you just see the impact of him but not him physically. That’s really the point of the movie. Is it bad to have delusions that don’t hurt anyone? In fact, can these delusions even help everyone?

FINAL THOUGHTS
Harvey is on my shortlist of best movies I’ve seen in my lifetime. I like it because I sometimes waffle back and forth into the land of what people expect of me and what I want for myself. Elwood P Dowd is my reason to dwell in the latter. I like movies that make me think and give me something to talk about with my wife and friends. I think we can see every neurosis there is in these characters and choose the one we want to act the part of. As for me? I pick the delusional Elwood. See it, make some coffee and call me, we’ll chat it up!