This is before Jack Black was huge. He’s quite funny here in a supporting role. John Cusack’s character is the consummate “cool dude” managing a record store. He is also the narrator of a quirky, hosted, cult-status film that takes the viewer through museum tour of failed relationships 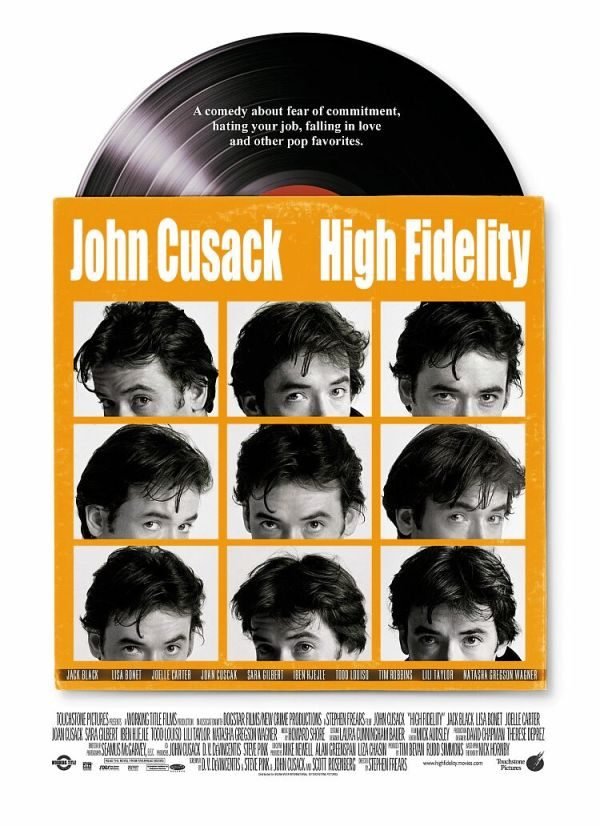 This is a hip movie for hipsters. In other words, the jokes are subtle and righteously understood by students of pop culture circa 2000. It has a simple setting: a record store and we watch Cusack’s character travel to the edge and back again not being able to keep a girl around to save his life.

While not a romantic comedy per se, this film could be recommended as a great date movie. It conjures up the lessons of falling in love in your teens through your twenties. Cusack definitely has his shit together in terms of having a pad and a job but he falls way short of what these women need. Caught in the middle: any guy whose gone through dating segments will likely relate, I know I did.

There is a scene when Jack Black and his friends go gangsta on “Rob” (Tim Robbins) the current dating interest of his late girlfriend. It’s quite a sight to see. The whole “bros before hoes” idea played out. But that scenes ends up different. Most of the film is a bit different, I guess that’s why it resonates so much with me.

FINAL THOUGHTS
In a similar tone to “Office Space,” this film is quirky hilarious. You hae excellent actors, a dynamite script, beautiful women, and of course JACK BLACK! I recommend to all but especially those with a quirky and dark sense of humor.