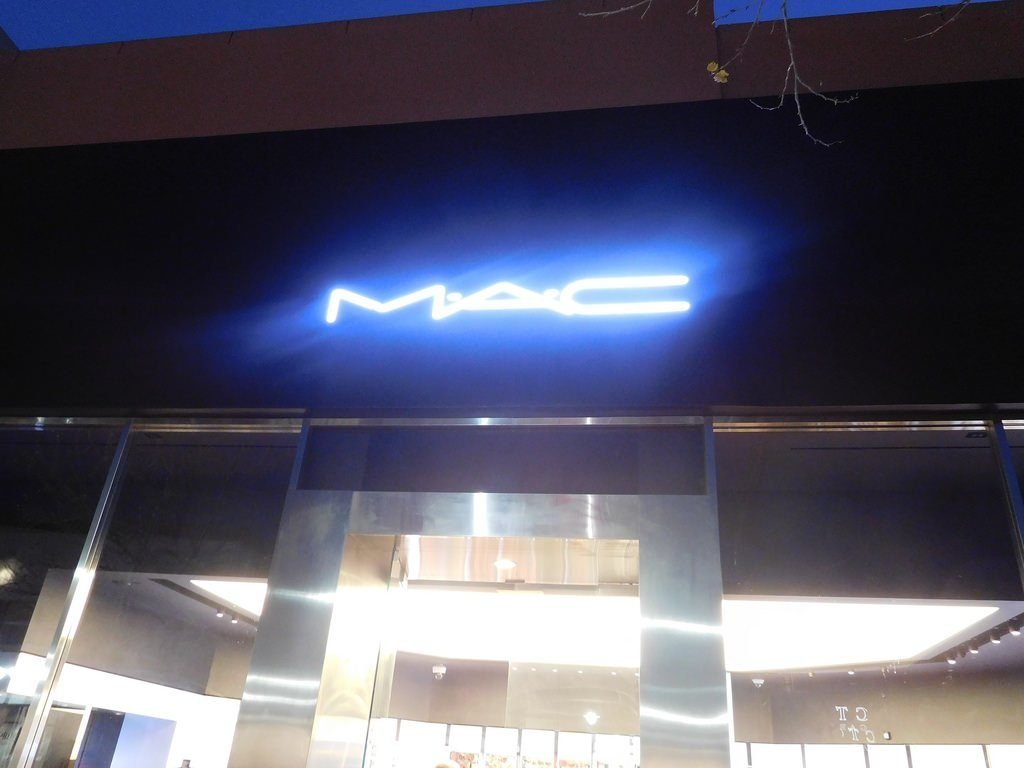 Sarah and I were out a couple nights ago, walking around an outdoor mall area known locally as Victoria Gardens. Our purpose was to cash in a PF Chang’s gift card from my sister for Christmas. We had a great dinner and proceeded to walk in the crisp night air, window shopping and such. Our second destination was the Apple store. Our 11 year old wanted an ipod for her upcoming birthday. That’s where the problem in the story begins. 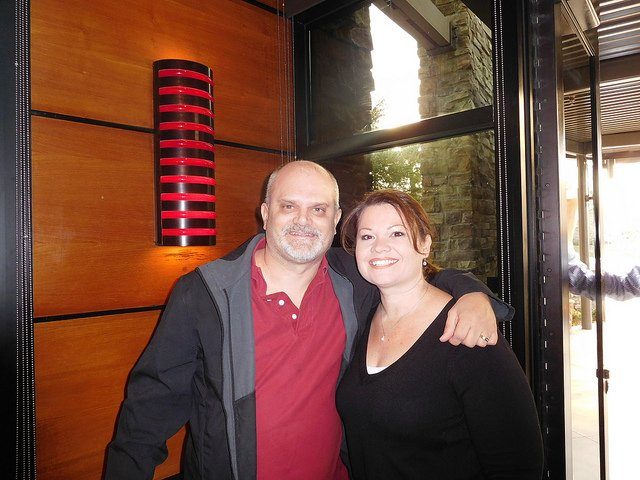 Sarah stopped at the MAC store to get a lip liner she needed and I remained outside because if you know that store, it’s very small and it was very crowded that night with people. Looking for photogenic sources, as I usually am, I was struck by the neon sign. I take really plain and ordinary photos, I even have an album called “Signs” in my flickr account. This was supposed to be a photo for a place like that. I also use all sorts of objects and places in my blog posts. I was tapped on the shoulder by a security guard.

He asked why I was taking photos. I was shocked by the question. He told me I could go and talk to the concierge to get a photo pass. Mind you, this is a public outdoor strip mall, I’ve never heard of restrictions on what you can take pictures of before. We went back and forth a bit, I got a little standoffish at one point. I still think the guy was being a real asshole. After a time, I stopped talking to him and put my camera away. He stuck out his hand and I shook it. It was rock hard and cold. Maybe I’ll beware of security guards when snapping photos in public places from now on. Kind of ridiculous. In a perfect world he’d read my blog and see this terrible photo that caused all his fuss.

0 Replies to “I Was Questioned by Authorities for Taking Photos”