Strengths of this film are its: characters as written, actors and actresses, urban legend story, part documentary style part real action drama. Yep, I’m serious, there are that many strengths. This is a truly great film that I urge everyone to see. 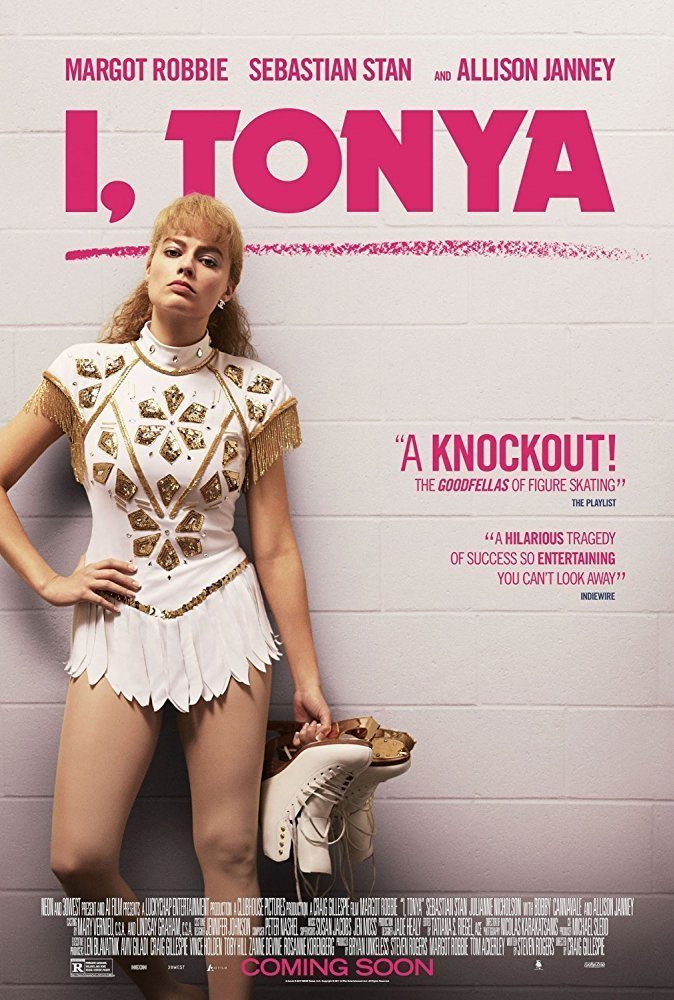 Margot Robbie saved “Suicide Squad,” let’s face it. But she’s such a powerful actress, we want to see her acting, not saving a cartoon comic movie. “I, Tonya’ gives her that space to work in and she delivers, big time. We know director Craig Gillespie from “Lars and the Real Girl.” That was a well done film and it got him the footing and clout to bring the Tonya Harding story to life. This film is highly well directed, edited, and creatively shot.

In the 80’s when this was actually happening, I was quote aware of it. Just like the OJ Simpson trial, developments were aired on the news show Hard Copy and others. It was impossible to not know the latest detail in this Machiavellian drama. I felt truly bad, along with the rest of America, that Nancy Kerrigan had a kneecap broken. She’s not in this film much but the world really felt her pain. She is an innocent. On the other hand, we all got a vilified impression from the news about Tonya Harding. Unofrtunately or not, that impression has stuck for us 40 somethings until this day.

This film came out to present the true Tonya and let the audience make their decision about what happened. I can say it definitely gave me a more human image of her. It is a funny movie and also contaons drama and vengeance. It’s an all-American tale I would say. We get to see the horrors she suffered from her mother in a trailer park and the discipline she was forced to have as a youth skater.

This is a gem of a film. I highly recommend it to you. I can’t imagine how they could have made it better. 10/10