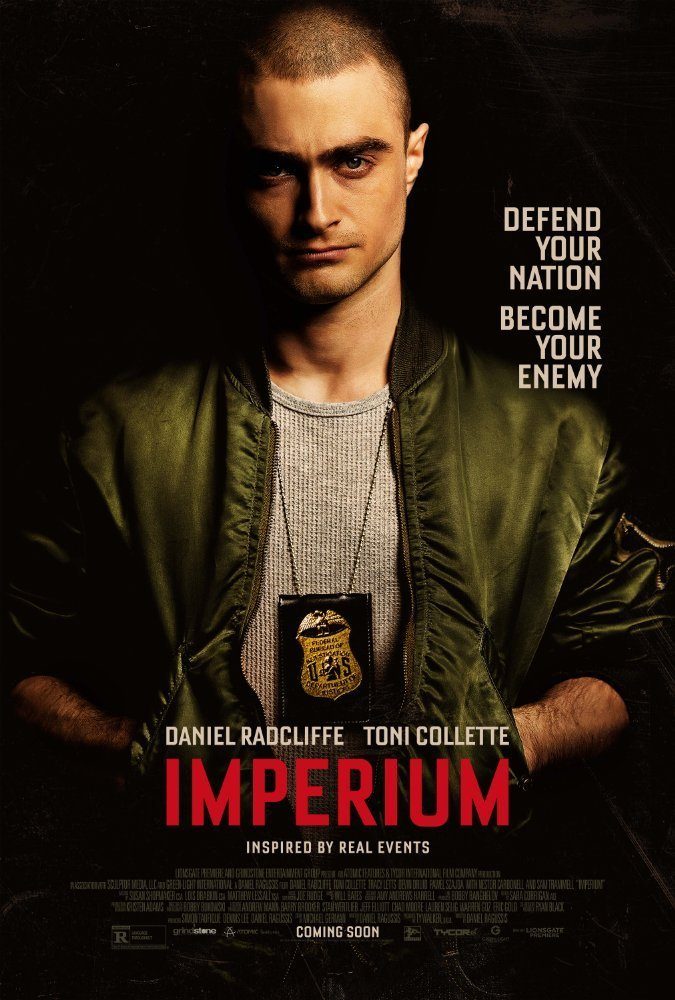 Director Daniel Ragussis gives us this film as his debut. He’s had experience with short films and he’s also a writer/producer of this and other films. This was an ambitious project for a first time director. Most people avoid controversial topics in general while a smaller group are attracted to them. The subject of white supremacy is one I find to be particularly taboo at the water cooler and also, when people are talking about what movie to see. For that reason, I suspect this film didn’t do as well as it could have with less controversy.

Daniel Radcliffe is the star and focus of this story. He is a police officer going undercover to expose and arrest a white supremacist cult. It gets ugly in there and a couple time you really fear for little Daniel and what they might do if they find out about him. He is an interesting choice. It might have been more realistic to get a big skinhead type. The whole time I was thinking he didn’t look like he fit in. Maybe the director was trying to show that all you need is hate to get in the door of those places.

There are older leaders in cults like this but usually I have seen these sort as being young men between 18-25. I think the film shows that men in that age range are angry sometimes, to the point of hatred for another race. When they aren’t successful, they want to blame and that is really the shame of it.

This is not a topic I usually enjoy in a film. I was very uncomfortable in American History X. I am respecter of Ghandi and any leader who accepts all races as being equal. This is a good film but too far out for into a subject I truly despise.