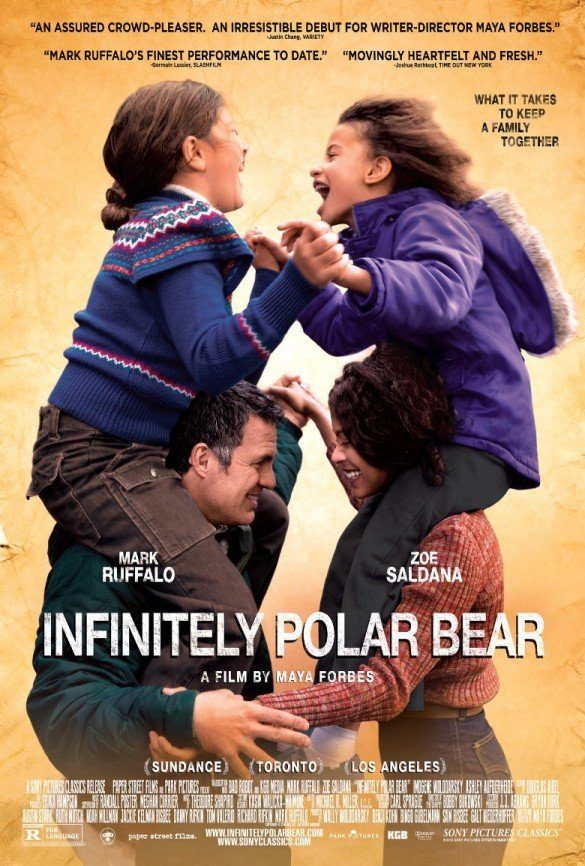 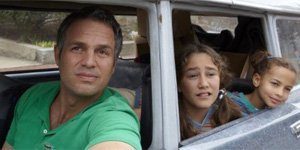 “Infinitely Polar Bear” is movie from the perspective of a daughter growing up with a bipolar dad who we are expected to see as responsible. I disagree with what the poster and the marketing infer. He only perpetuates the stigma of bipolars being irresponsible, loud, and dangerous. Maya Forbes both directed it and wrote the screenplay. She is best known for being on the writing team on the animated feature “Monsters vs. Aliens” and “Diary of a Wimpy Kid: Dog Days.” This is her directorial debut.

When you aim to portray a disorder in media, I think it’s a heavy burden to portray it accurately. If you don’t feel the burden, you shouldn’t make the movie.

I can’t help but wonder if her lack of experience with drama made the screenplay suffer. Despite the amazing casting and acting, it seems the characters never really grow into their skin and that’s unfortunate. Bipolar is a mood disorder that that affects roughly 4% of the population and is still largely misunderstood. When you aim to portray a disorder in media, I think it’s a heavy burden to portray it accurately. If you don’t feel the burden, you shouldn’t make the movie.

This movie about a family is unique in the way it focuses sharply on the dad, Cam Stuart played by Mark Ruffalo, and his two daughters in a microcosm. The wife, Maggie Stuart played by Zoe Saldana, weaves in and out but her role is secondary to the plot about a bipolar dad trying to prove his ability to take care of his daughters. This is hard enough for a bipolar off his meds and the girls don’t make it any easier. 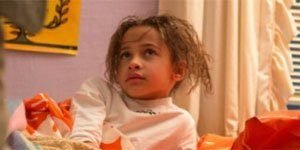 I felt the screenplay failed to portray the medical and therapeutic necessities for a bipolar. I think it would have been a lot stronger if Cam and his family went to therapy and learned more about the disorder that is well known to cause erratic behavior, depression, suicide, and an inability to work. In turn, this would educate the largely ignorant audience. There are many functional professionals and famous people with bipolar taking their lithium, getting therapy, doing “the work,” and making amazing contributions despite the moods. Cam is recklessly irresponsible about his disorder. If you want to see a dysfunctional example of bipolar, you’ll get what you’re looking for. 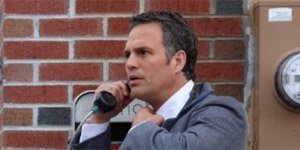 The idea that he can control it without lithium is just selfish. Bipolar has been described as a broken mood thermostat, even at 115 degrees fahrenheit, your brain can’t cool down. The same is true for the depressive or “cold” phase when your mood plummets. He puts his daughters in grave danger several times in the movie. In real life, they would be taken by social services. I did like the acting and if you’re a Mark Ruffalo fan, you’ll enjoy seeing him in a very obnoxious, tortured role. He usually doesn’t play roles like that this well. Too bad he didn’t have a better script. For irresponsibly furthering a negative stereotype of a psychiatric disorder through a negligent script, it lost two points with me. As cute as the title is, I’ll have to keep waiting for the movie that shows a functional bipolar. Maybe I’ll have to write it.