In this one, man’s best friend is exiled to an island due to something called the “snout flu.” Hilarity ensues on the island as the dogs band together, form alliances, and try to survive. For the most part, they are successful. There’s enough humor here to fill a movie theater and it certainly does. 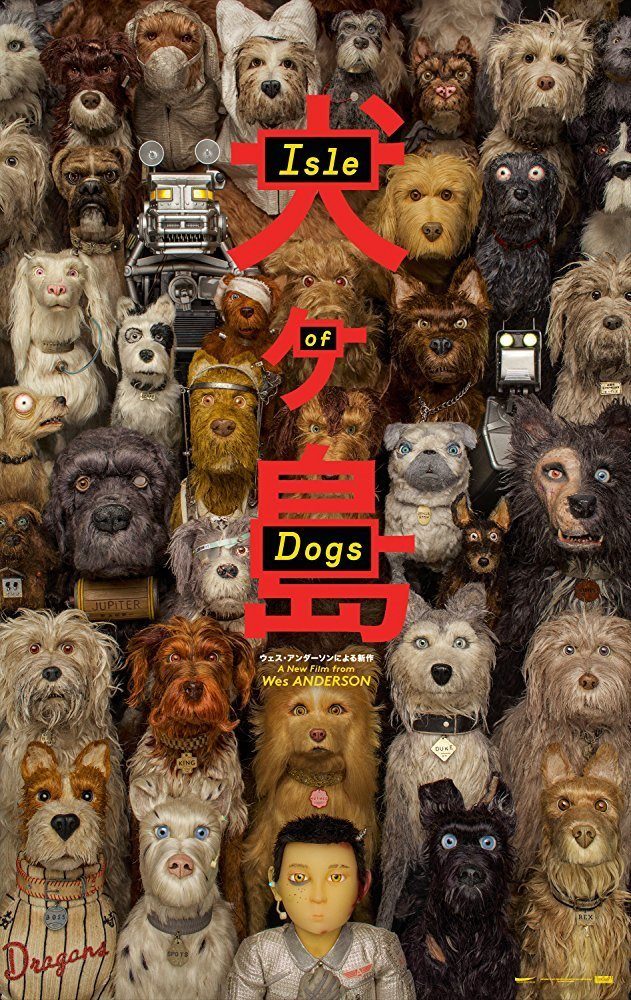 Director Wes Anderson makes movies with animation and live action conventions. His films can almost always appear silly to the first-time Wes Anderson viewer. But to the “informed” eye, a lot of thought and practical prep work must go into his work. Each film looks like a masterpiece painting worthy of the Louvre. This one is in line with all that have come before. The animation is reminiscent of “The Amazing Mr. Fox.” All the dog characters are hilarious and Scarlett Johanssen’s girl dog character is loveable and fluffy 🙂 Furthermore there is a lot of understated humor thing, if you enjoy that like I do.

It was a quirky, fun film. I quite enjoyed it with my 11-year-old daughter. For that sort of film, I give it a 9/10. Highly recommended.

2 Replies to “Isle of Dogs”