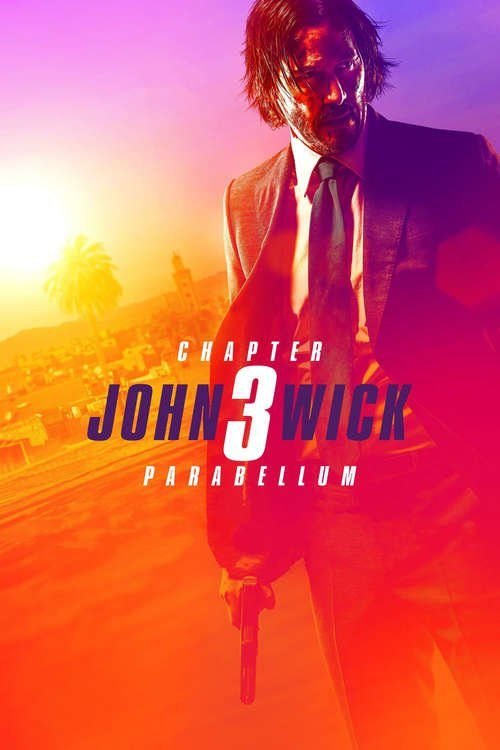 Here we have a very well made, visually styled, John Wick sequel. It may be the best written and the best choreographed of all three. Did anyone know John Wick I would spawn these amazing sequels? It wasn’t on my radar. Still, it has happened and this franchise is now a franchise to be reckoned with.

The film is rated R, it is 2h 10min long, an Action, Crime, Thriller, and was released May 17th 2019 (USA) As I write this review, it is reported to have knocked “Endgame” off the top of the box office charts.

The basic story is: Super-assassin John Wick is on the run after killing a member of the international assassin’s guild, and with a $14 million price tag on his head – he is the target of hit men and women everywhere.

My favorite scene is where a hitan tries to collect the 14m bounty on John’s head when he is in the New York Library. The guy is a scary giant sized killer, he appears to tower over Wick. Anyway, I really liked the way they used the theme of a “book as weapon” to enable John wick to win the fight. LIke “the Matrix” has so many of, this is a scene choreographed more as a dance than of killing & violence. Some will disagree,

I am opposed to gun violence like this but I give it an 8/10 for what it is and to show how well this film is made. I don’t recommend it for viewers under 18. But for adults, I recommend it, it was a blast. What were your thoughts? Do leave me a comment.