In this gothic, barbaric tale, there are themes of female victimization, male attempts to suppress women, and unrepressed rebellion. 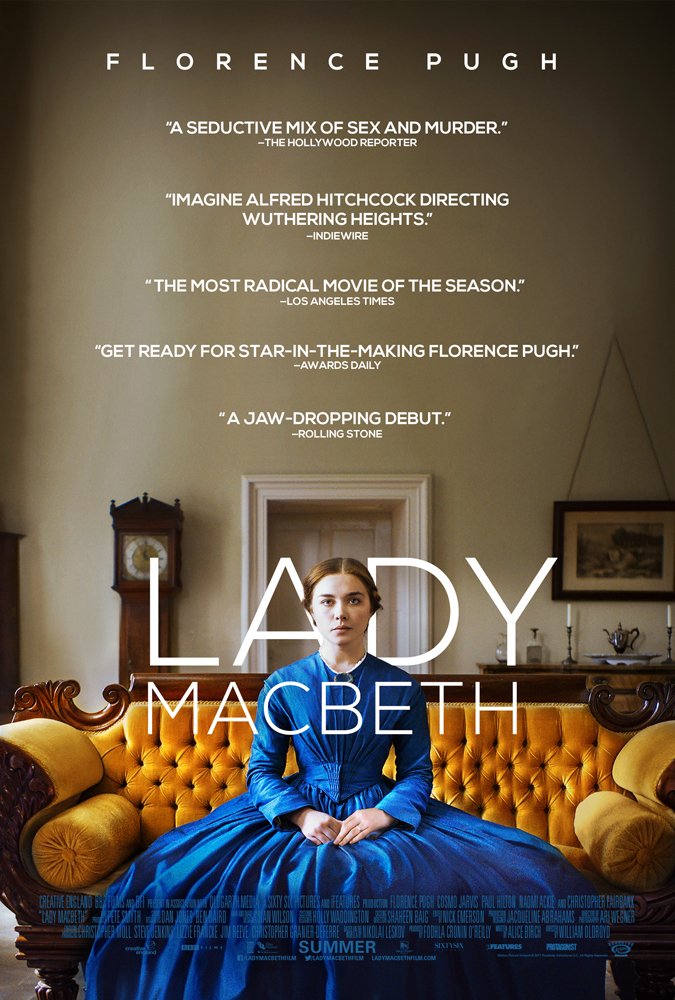 In 19th-century rural England, a young bride who has been sold into marriage discovers an unstoppable desire within herself as she enters into an affair with a worker on her estate.
Director: William Oldroyd
Writers: Nikolai Leskov (based on Lady Macbeth of Mtsensk), Alice Birch
Stars: Florence Pugh, Cosmo Jarvis, Paul Hilton

The woman is the thing in this one. I loved her audaciousness and almost animal survival techniques in a stodgy English arranged marriage. I couldn’t help but think about just how bad women had it back then. In this case, she was sold into marriage with a man who didn’t love her. Florence Pugh is the actresses name and I was amazed watching her performance in this. It was electrifying.

The director is William Oldroyd. I don’t recognize any of his titles. This may be why this film is so banal and raw, and all the while, successfully so. Perhaps he hasn’t succumbed to the trappings or ordinary Hollywood treatments. He has made a unique period piece here.

The actors are all new names. I have to repeat that Lady Macbeth was completely shocking and alluring. You’ve never seen a 19-century rural wife behave this way and it’s glorious.

I recommend this to fans of the genre. It isn’t a “feel good” film like Pride and Prejudice but romance fans will be happy with it on one level. It is a very dark film but I found the ending wholly satisfying. I can’t think of any way to improve this film, it’s a perfect and complete message to its viewers, storytelling at its highest.