My score: 8/10. An eccentric 90-something aged man goes through his routine as the camera goes with him. It’s a similar concept to “The Straight Story” if you’ve seen that. However this one is a little more bare-bones. There is no conflict or odyssey. In this case, we are left wonderig what Lucky’s life was about. That’s what makes it special and probably a unique experience to each viewer. WE remember life through his character. 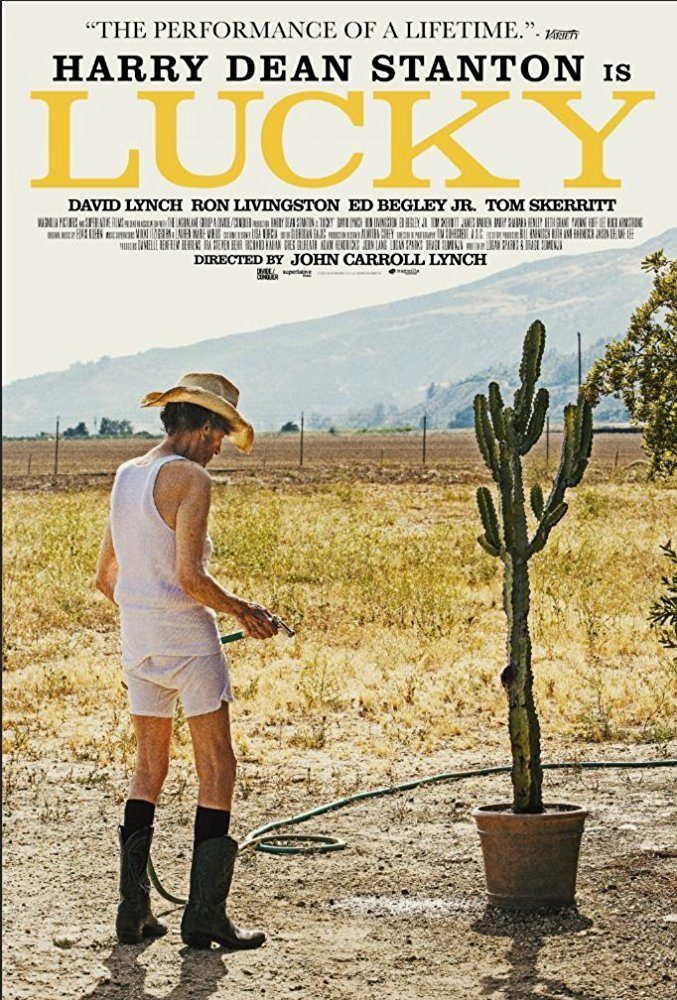 John Carroll Lynch is our director here. He is a phenomenal actor you may remember from “Fargo,” “Gothika,” “Zodiac” and “The Founder.” This film seems like a very meaningful piece of art he has bestowed upon us. It is very well staged and directed.

The film is slow at times and since the lead actor is in his 90’s there isn’t a lot of raucous western suspense. It’s more like a film to think about while watching and afterward. The cinematography and western desert setting are peaceful, tranquil, and serene. While not for everyone, I do recommend this film. It was enjoyable to watch. I give it 8/10.