Lawyers are fascinating to watch, especially in courtroom dramas. This film always comes up in a search of them. They also can be thrillers. Audiences are drawn to the theme of law and the courtroom because we all think we know the truth. This film shows, as many others do, that the truth can be altered and made to look differently than it is. The question then becomes not a “what” but rather a “why” did the lawyer take that road. 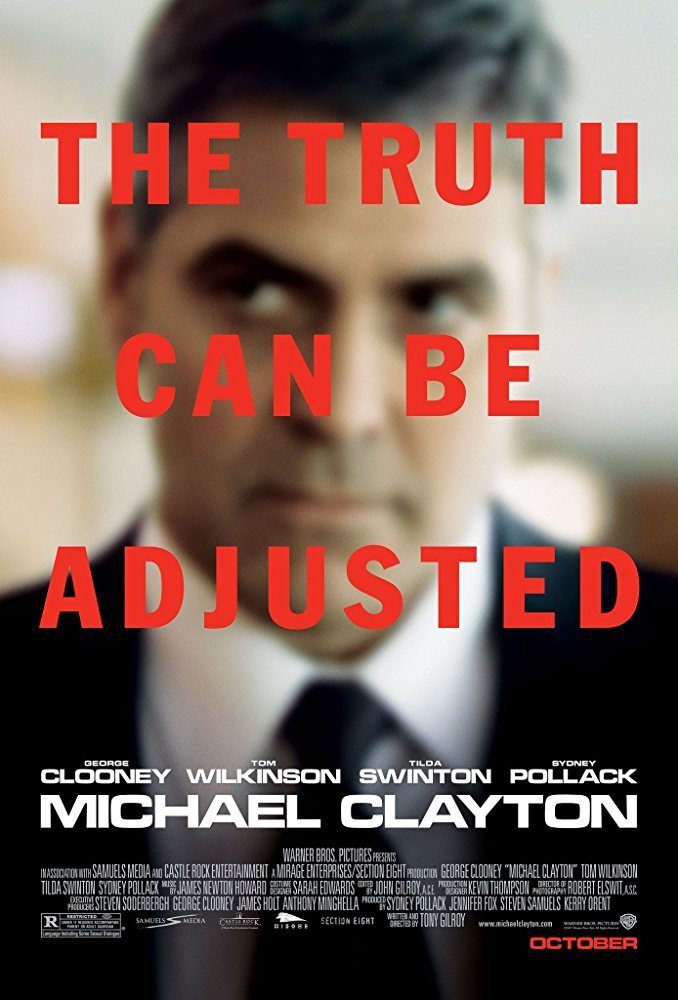 A law firm brings in its “fixer” to remedy the situation after a lawyer has a breakdown while representing a chemical company that he knows is guilty in a multibillion-dollar class action suit.
Director: Tony Gilroy
Writer: Tony Gilroy
Stars: George Clooney, Tilda Swinton, Tom Wilkinson

Our director here Tony Gilroy has been around the block and shown his meddle in movies. He directed many amazing films including “Devil’s Advocate,” and “Nightcrawler.” He has a clean, straightforward style that shows us the facts and lets us make the conclusions.

In psychology circles, this film is cited as an example of a character with bipolar disorder. Not the main character though. My wife has an advanced degree in psychology and she agrees this is an excellent illustration of mania. Beside that, this is an excellent legal thriller that I truly enjoyed watching. It reminds me of other Davey and Goliath/ firm vs. individual legal films like “A Civil Action” and “Erin Bockovich.” I recommend this film highly. 10/10.